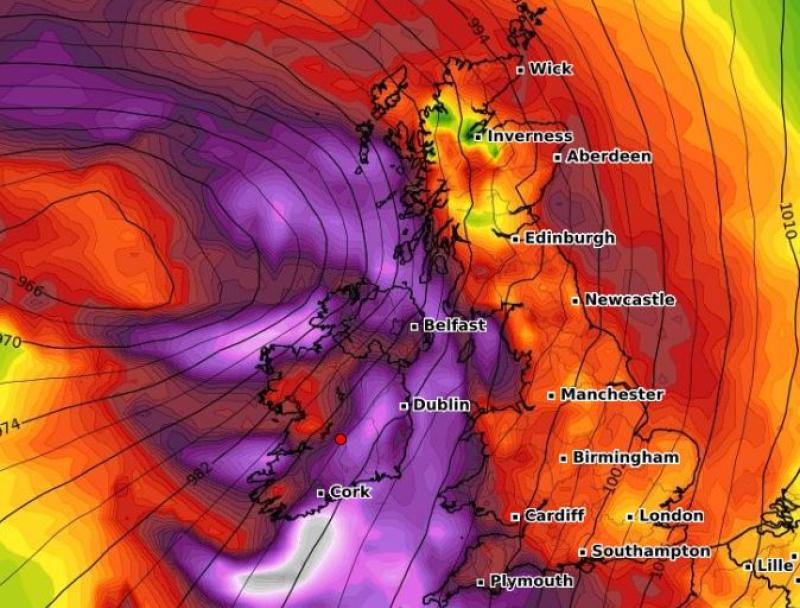 A forecaster is warning of the possibility of a phenomenon known as a 'Jet Sting' as Storm Elsa approaches Ireland.

Winds are already picking up today with heavy rain also on the way.

The forecaster adds that there is a possibility of a 'Jet Sting'. This is a band of wind that forms within a developing storm that can have winds in excess of 160km/h. Jet Stings cover a short area of up to about 30 miles and these winds can last between three to four hours.

Met Eireann currently has two Weather Warnings issued. A Status Yellow Rainfall Warning is in place for Carlow, Kilkenny, Wexford, Wicklow, Cork, Kerry, Tipperary and Waterford until 7pm while a Status Yellow Wind Warning for the entire country comes into effect at noon and will be in place until midnight.

For more information check out http://weatheralertsireland.com/storm-watch/