WEATHER ALERT: Forecasters warn of high winds as storm on the way 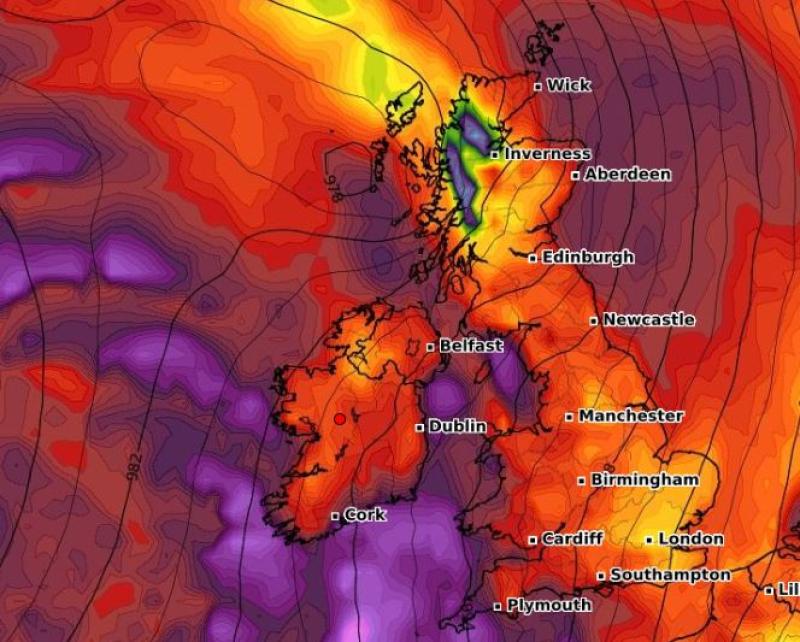 Forecasters have warned that another Atlantic Storm could be on the way this week.

The UK Met Office has already issued a Status Yellow Wind Warning from 4pm on Wednesday until 3am on Thursday that covers Northern Ireland. The warning states that strong winds are likely to bring some disruption to western areas of the UK. See Tweet below for area covered by warning.

CLICK NEXT: Will there be snow at Christmas? Forecaster gives latest update

Weather Alerts Ireland is reporting that Storm Elsa has been named by the Portugal Met Office and is forecasting that the storm will impact Ireland on Wednesday bringing strong winds and heavy rain.

Meanwhile Cathal Nolan from the Midlands Weather Channel has stated that Weather Warnings are likely for Ireland on Wednesday and Friday as storm force southerly winds develop along the south coast bringing gusts in excess of 110km/h, accompanied by spells of heavy thundery rain and localised flooding.