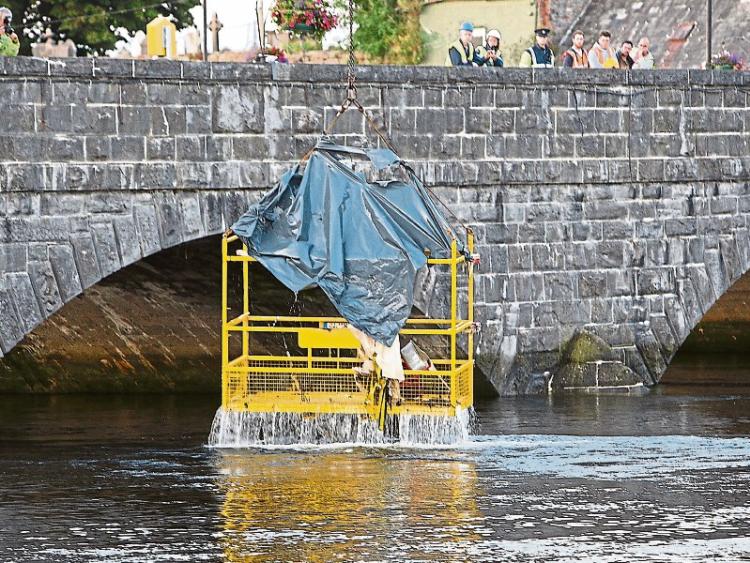 Two men died in the incident more than four years ago, one man, from Askeaton, survived

Two companies, including one based in Offaly, are to face criminal prosecution following the death of two workers who drowned whilst carrying out maintenance works on Thomond Bridge in Limerick more than four years ago.

TJ O’Herlihy, 36, and Bryan Whelan, 29, died when a work platform supporting them fell into the water while they were carrying out repair works at around 4pm on August 29, 2015.

Another worker - Paul Murphy, 26, from Askeaton - managed to free himself from the basket after it plunged into the River Shannon.

A number of separate investigations were launched following the fatal accident and the Director of Public Prosecutions has now directed that Nationwide Crane Hire Limited and Palfinger Ireland Limited, based in Tullamore, should be prosecuted on indictment before the circuit court.

Legal proceedings were initiated over the summer and the matter came before Limerick District Court for the first time earlier this month.

During a procedural hearing, solicitor Aileen Mee, representing the Health and Safety Authority, requested an adjournment of the case to November to facilitate the preparation of books of evidence.

In granting the application, Judge Marian O’Leary noted the incident had happened more than four years ago and she expressed concern about the delay in bringing charges.

Acknowledging the judge’s comments, Ms Mee said progress is being made but that a considerable amount of material has been gathered for inclusion in the books of evidence.

Nationwide Crane Hire is alleged to have exposed the workers to risk by failing to ensure that a crane and winch, which were mounted on a truck were “in a condition that was safe and without risk.”

It is specifically alleged that an “overload protection safety device” on the crane was defective and “did not operate to protect the wire on the winch rope from being overloaded.”

Palfinger Ireland faces a charge which dates back to March 12, 2003 – the date it imported and supplied the crane to Nationwide Crane Hire.

It is alleged the company failed to provide adequate information to Nationwide Crane Hire about the use for which the crane was designed or information about “the carrying out of a functional test of the safety overload protection system”.

The case is due before the court again early next month.