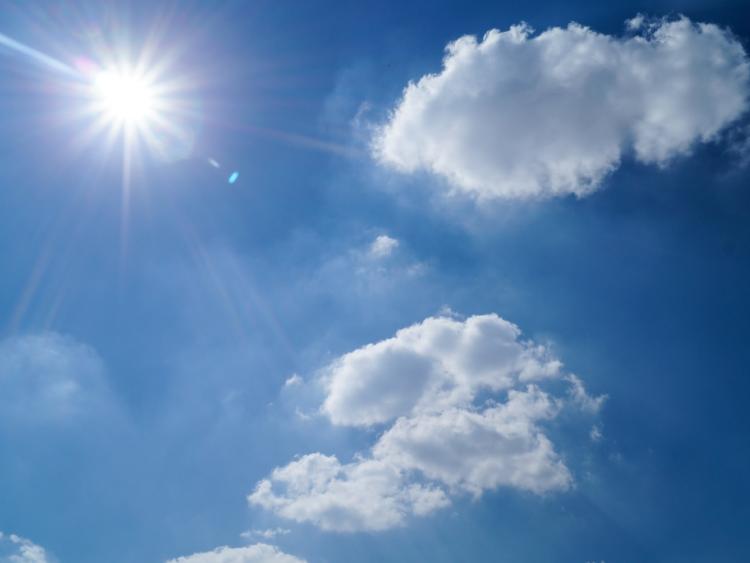 The weather forecast for Ireland for the coming days is for the mostly dry and settled conditions to continue up to Friday with temperatures set to reach 21 degrees however a change is on the way for the weekend.

The weather forecast for Wednesday for Ireland from Met Eireann is for fog patches to clear early on Wednesday to leave a dry and mostly sunny day. However, there will be a partial build-up of cloud in northern areas. After a cool start it will feel warm by early afternoon with top temperatures of 17 to 21 degrees in light, variable breezes.

It will be cool on Wednesday night, with a mix of clear spells and cloudy periods. Some patches of mist will form and will thicken into fog in a few places. Lowest temperatures 5 to 8 degrees, in light southeast breezes.

The weather forecast for Thursday for Ireland from Met Eireann is for it to be warm and dry with good sunny spells, but occasional cloudy periods too. Top temperatures of 17 to 19 degrees, generally, but locally 20 or 21 degrees, in a few central locations. Mild and breezy overnight and dry, with lows of 7 to 10 degrees Winds moderate to fresh southeasterly.

The weather forecast for Friday for Ireland from Met Eireann is for it to be breezy with fresh and gusty southeasterly winds. Another dry day, with a mix of sunny spells and occasional cloudy periods. Top temperatures 18 to 21 degrees, in central, western and northern areas, but a little cooler on east and south coasts. Mild and breezy overnight, with lows of 12 or 13 degrees.

According to the latest Met Eireann forecast, the weather for Ireland will be more unsettled an changeable this weekend. It states that weather fronts are due in off the Atlantic, but there is some uncertainty regarding the details.

Met Eireann states that charts today suggest a breezy day on Saturday, but with some hazy sunshine to start, but soon becoming cloudy along the south and west coasts, with some rain or showers likely to develop there. Warm in sunshine, with temperatures in the high teens or a little higher, but fresher in the duller areas and on exposed coasts, due to fresh and gusty southeast winds. Breezy overnight and on Sunday, with rain at times and turning fresher also.