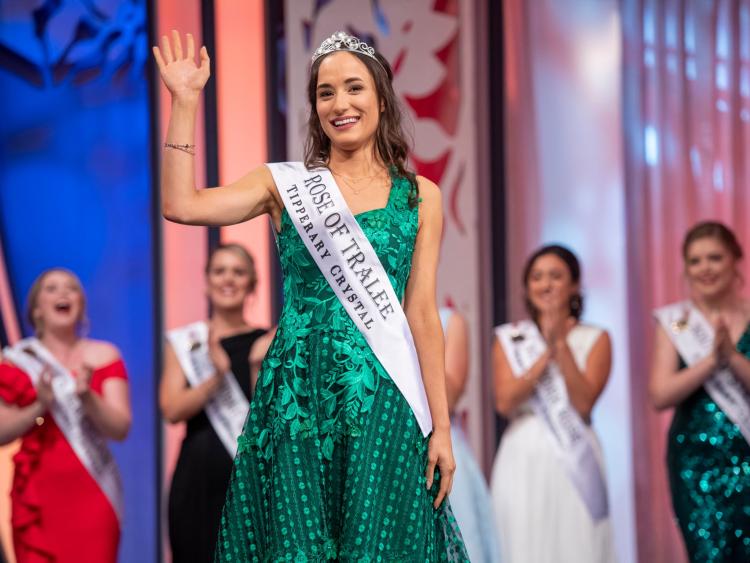 Limerick Rose Sinéad Flanagan has been crowned this year’s 2019 International Rose of Tralee, making her the third Limerick Rose to bag the title in the 60-year running of the festival.

As of earlier this evening, Sinéad was the favourite to win the competition with even odds placed following of her TV appearance.

The 27-year-old junior doctor from Adare took to the stage in Tralee shortly before the 9 o’clock news on RTÉ.

Sinead wore a stunning emerald green lace gown on stage in the Dome, and chatted to Dáithí Ó Sé about her studies and travels.

Sinead studied physiotherapy at University of Limerick before completing a degree in medicine from University College Cork, where she now works.

Sinead also spoke about her family, with her father hailing from Roscommon and her mother originally from Cork.

“Limerick is known for its support no matter what the cause, I’ve great Limerick company here tonight,” she said.

The Limerick Rose has lived in Adare since she was a teenager, and commented on the upcoming claim to fame in store for the village with the Ryder Cup in 2026.

“Hopefully JP will sort out the bypass,” she laughed, “Adare is fantastic but sometimes the traffic can be an issue.”

The presenter posed a question to the junior doctor on waiting times and trolley crises within Irish hospitals.

“I don’t think you get the praise you should get,” said Daithi.

“I think we do, patients are so nice coming in. People understand that it’s not the doctors or the nurses' problem, they’re not causing the fault.

“There’s great team spirit in the hospital,” Sinead added, who has hopes to specialise in infectious diseases and microbiology in the future.

Diane Hannagen was the first Limerick Rose to win the title in 1984, followed by Muirne Hurley ten years later.