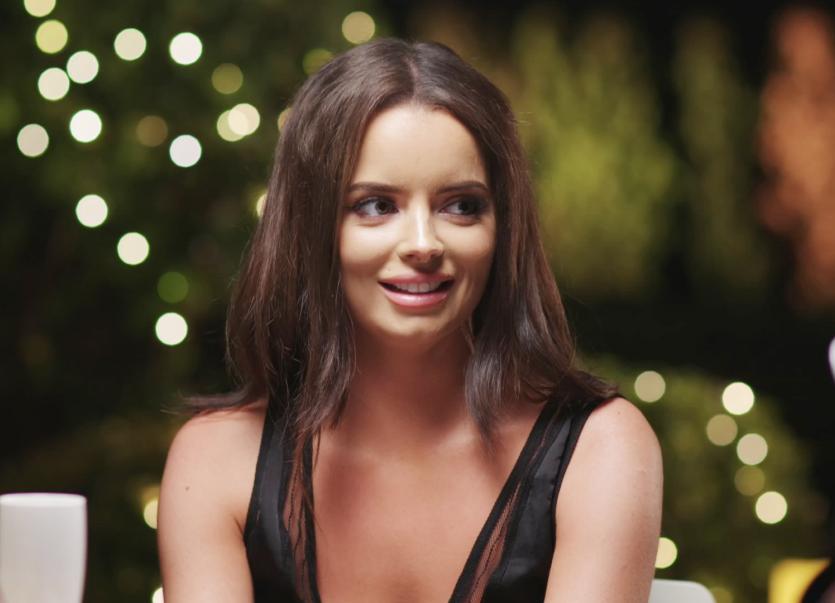 It's all happening in Love Island. Arabella and Tom have left the villa. A heartbroken Danny sits with Michael and Jordan in the kitchen.

Danny tells them: “I just can’t imagine someone coming in here and doing what she has done and making me feel like that.”

Meanwhile the girls are debriefing on the night’s events on the daybeds. Amber says: “I feel like the correct decision was made tonight.”

On how she feels about Tom leaving the villa, Maura says: “I was never going to give him another chance so romantically I’m not sad to see him go.”

Fresh from being saved in the public vote as one of the villa’s favourite couples, Lucie and Anton are catching up on the swing seat.

Anton asks her about the ‘never say never’ comment Lucie recently made about Tommy.

Lucie says: “I respect Molly and I respect Tommy, I can see they clearly like each other…  But then I said to the girls, I have been best friends with guys and then I’ve dated one of them. It’s happened. I’m not going to lie. But at the same time when you get moments like this, you feel like you don’t know where you’re going to go and if I feel like I left and had never said anything, I would feel regret.”

On whether she might tell Tommy how she feels, Lucie says: “I’ve been thinking about it since the challenge and I’ve just thought, I can’t do it, Molly is my friend and I don’t want to upset her and I don’t want him to go straight back to her. I just don’t want to do that but nights like tonight, if I’d have left and not said anything I would be absolutely gutted. If I don’t do it now, while I feel like I’ve got the courage...”

Anton says: “You should let him know, do it… I think it’s worth saying to him that you do feel a certain way. What’s the worst that can happen?”

He adds: “You’ve taken a lot of risks in here, we could have gone home tonight, everything happens for a reason.”

Following the night’s shock double dumping, will Danny’s heart heal? And when Lucie pulls Tommy for a chat, will she pluck up the courage to share her true feelings with him?

It’s a new day and the Islanders are relaxing in the garden.

Tommy gets a text. It reads: “Boys, you’re all heading out on a lads day out. Please get ready to leave the villa. #BeersAndBros #NoGirlsAllowed”

The excited boys head out to enjoy a bite to eat and some beers, allowing them to debrief on the recent drama in the villa.

Following Arabella being dumped, the boys ask Danny how he’s feeling. He says: “It’s still sinking in, I’m still just trying to process what happened. The last few days have probably been my best days in the villa so far. When you’re in a happy couple it’s completely different. It opened up a new experience for me and I was just starting to enjoy it when it was taken from me.”

The ‘brothers’ all raise their drinks and make a toast following a dramatic few days in the villa, saying: “Too blessed to be stressed.”

Meanwhile in the villa, Maura gets a text. She reads: “Girls, you’re going on a mini break… get ready to leave the villa… And head to Casa Amor! #GirlsOnTour #BoyHi”

The girls are shocked and giddy with excitement.

In the Beach Hut, Maura exclaims: “Last night I was convinced I was definitely going home and now today, I’m going to Casa Amor to meet a bunch of new hunky, fit lads… Just get me out of here now because I’m ready for all the men.”

In the dressing room, the girls discuss whether their trip to Casa Amor means the boys will be welcoming new girls into the main villa. Amber admits: “I’m scared in case I come back single and Michael isn’t.”

In the Beach Hut, Anna says: “I am so nervous about Jordan. Is he going to crack on with other girls? Should I be doing the same?”

In the Beach Hut, Lucie says: “We are going to Casa Amor, I actually can’t believe it. I’m single.”

When the girls arrive at Casa Amor, they excitedly look around their new home and raise a glass of champagne and cheers.

Lucie says: “If your actual dream guy that absolutely ticks every single box, what would you do?”

When Caroline asks what Lucie is looking for, she teases: “These girls know so they are going to be wing-womaning me.”

Amber says on how she is feeling: “I just want to know what Michael is getting himself up to. You can never trust anyone can you? I would like to think I trust him but you don’t know, do you.

Caroline tells the girls: “While you are away, the boys are going to be going back to the villa. The boys will not be alone, they will be getting to know six new girls. But don’t worry they are not going to be having all the fun. I would not leave you on your own. There are six hot new boys here too. Shall we meet them? Girls, meet your new boys.”

Caroline says: “I’m going to leave you to get to know each other and girls, I hope you like the boys. If you like them, you might want to keep them.”

In the Beach Hut, Lucie admits: “This is like day one again but fresh boys in a different villa and completely every single one of them are completely different and they’re all great looking, what’s not to like?”

In the Beach Hut, Anna says: “When the boys came out, the first thing that I thought was woah, Ovie was so tall and handsome. Literally I was just staring at him, wow… He is 28, 6 foot 7 and he’s just gorgeous. I’m really excited. Jordan who?”

Later, Anna gets to know Ovie and they discuss his profession as a basketball player. Ovie tells Anna: “I’m at the height of my career at the moment but as I get older stuff changes, different stuff matters to you more…  You are definitely my type on paper.”

There are six gorgeous new boys for the girls to get to know in Casa Amor but who will catch whose eye and which of the girls’ heads could be turned?

Whilst everyone is getting acquainted in Casa Amor, back at the main villa, six new bombshells are making their way to the main villa – Belle, Joanna, Jourdan, Lavena, Nabila and Maria.

The boys return to the villa from their boys’ day out and are shocked to be greeted by six new girls who welcome them with a cheer as they call over “Hi boys!”

The boys are clearly shocked and surprised as it slowly sinks in that their girls are in Casa Amor getting to know six new lads. Surrounded by temptation, how will the boys react to this ultimate test?