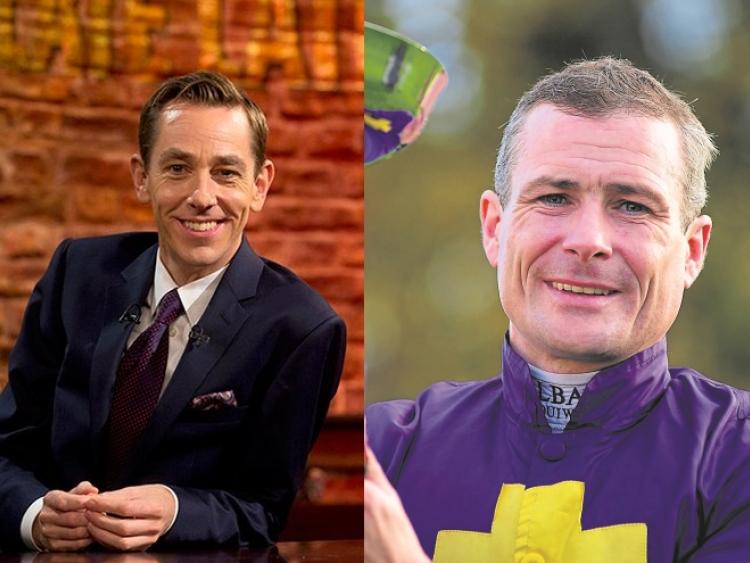 With more than a half-century of performing experience under his belt, John Sheahan is one of Ireland’s most recognisable and most loved folk musicians. To celebrate his 80th birthday, John will join host Ryan Tubridy and some familiar faces for chats and tunes, including Declan O’Rourke, Damien Dempsey, Ralph McTell, Phelim Drew, as well as Steve Wickham, Zoe Conway, Máire Breatnach and Colm Mac Con Iomaire.

Nine-time Irish champion jockey Pat Smullen was diagnosed with pancreatic cancer in March of last year and, following medical advice, announced his retirement earlier this month. Pat joins Ryan to discuss how it felt to come to that decision, and what the future holds.

Three of the leading lights of the Irish crime fiction scene – internationally successful authors Liz Nugent, Jo Spain and Patricia Gibney – will join Ryan to discuss how they started writing, the secrets to their success and why people are so fascinated with the world of crime.

Over the years, Anne Randolph has been a constant support for her goalkeeper son Darren, who plays for both Middlesbrough and Ireland, but now she’s stepping in to the limelight to pursue a career as a singer. Anne and Darren will join Ryan to discuss why she’s finally taking the leap, and we’ll find out how preparations are coming along ahead of the upcoming Euro 2020 qualifiers.

Viewers will find out whether the budding restorers taking part in this year’s Late Late Show Antiques Challenge were successful in their efforts to restore and revive, and music will be from Soda Blonde, a new band from four of the five members of Little Green Cars.