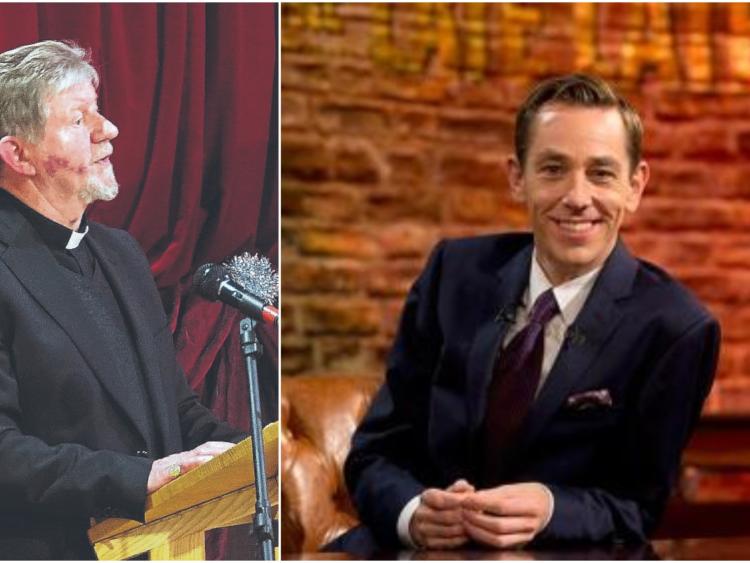 A new date has been confirmed for Offaly-based priest Fr Sean Hyland to tell his incredible story to Ryan Tubridy on The Late Late Show.

Originally due to appear on the show in early March, Fr Sean will now be on The Late Late Show this Friday, April 19 which is Good Friday. He will chat with host Ryan Tubridy about his book 'Whisperings of my Soul'.

The well-known Rhode and Clonbullogue priest has had people travel from all over the country to see him since he released his book.

Fr Sean lives in his hometown of Portarlington.

His book 'Whisperings of my Soul' was self-published last December and thanks to promoting the book himself to local and national media he was able to secure a nationwide distributor and attention from people all over Ireland.

Sean recounts the early years of his marriage to Liz and his two children’s lives in depth in the emotional chapters from when he first met Liz to now visiting his family’s grave every week in Portarlington.

He explains that after he lost all three members of his family he received comfort through many consolations of faith which let him know that his wife and children are close by and watching over him in heaven.

In thanksgiving, he entered a seminary in Rome and has devoted the remainder of his life to God as a Catholic priest.

Fr Sean helps others experiencing grief by sharing the comforting messages he has received from his family in heaven.

Fr Hyland said he is ‘chuffed’ with the feedback from the book and he is now celebrating getting his book into mainstream distribution across the country.

“People visit me from all over the country with tragedies. I have had people come from Kerry and Tipperary.

“Water finds its own level and people who are in a tragedy will find you and they will travel to you.

“They know I am not going to solve it but I will share the reality of the closeness to heaven and to know that my family is safe and well,” he said.

He is happy that the book is having this impact on people and he is in a position to comfort people who have been hit with terrible grief in their lives. In writing the book, he set out to comfort people by sharing the consolations of faith he has experienced.

Fr Hyland has been asked on to The Late Late Show as a guest to talk about his book and the message behind it.