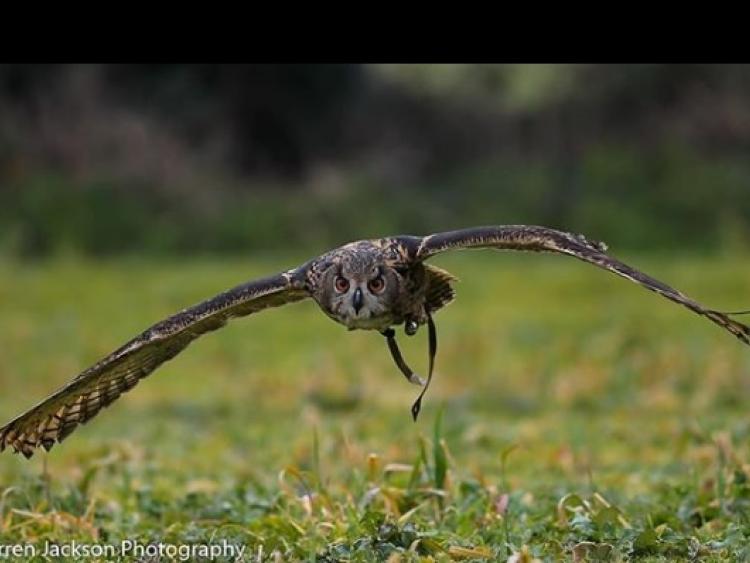 The impressive Owlington, an eagle owl, who has been missing from Curragh Grange since Friday

There is, as yet, no word on a Eurasian eagle owl which escaped from the home of its owner in Curragh Grange in Newbridge last Friday.

Called Tank, but nicknamed Owlington, the female Eurasian eagle owl has a wingspan of 6 ft 5 in (two metres) and is capable of tackling larger prey than normal owls.

She escaped from her owner Darren Jackson's home while being fed. Darren has reported that she was spooked by the cat.

She was last seen heading for the M7 from Curragh Grange and could, by now, be anywhere in Kildare or even further afield.

Mr Jackson has had the owl since she was 10 days old.

"She has her jesses [a thin leather strap] and bell on and given her size she will be unmistakable," he says.

And he has warned the public to keep children and small animals away from the owl as she could cause major injury to them or herself. 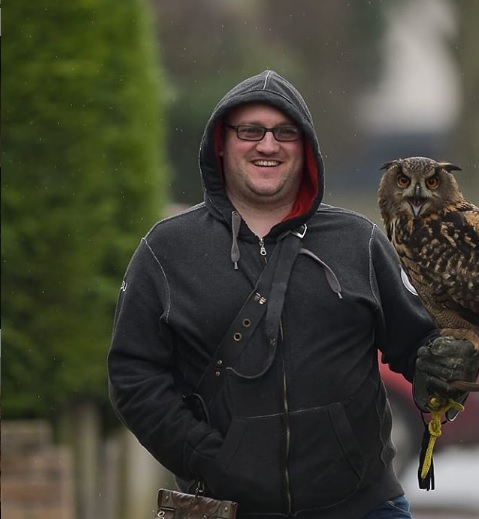 Eagle owls are the largest in the owl species and weigh nine times as much as the common barn owl.

Darren recommends that anyone who sees Owlington should contact the National Parks and Wildlife Service, local vets or local gardai.

He suggested that she is likely to be mobbed by crows if she settles into tree tops or, "if she is in a residential area, she is likely to try and rest under a bush if she is tired or stressed but in that instance I would recommend people not to pick her up or try to catch her as there is a potential for them to be hurt by her talons if they don't know what they are doing."