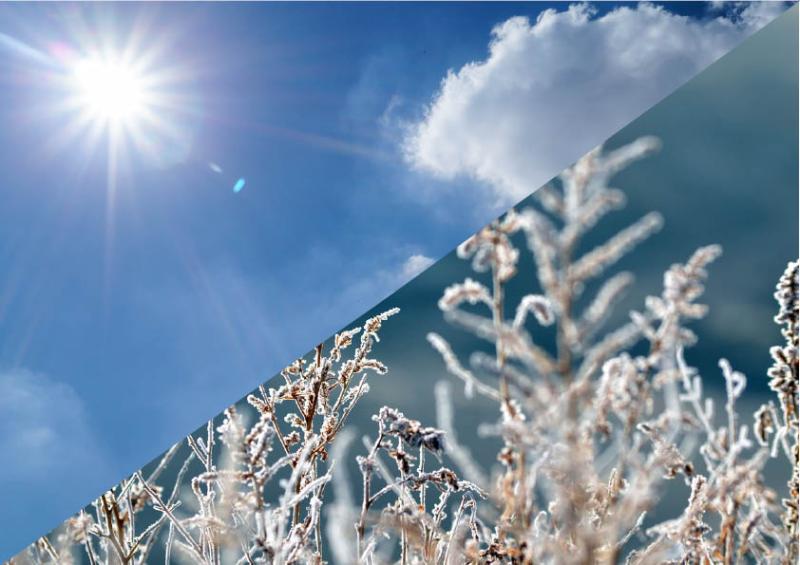 The weather forecast for Friday says it will be mostly cloudy with rain in the west and northwest spreading eastwards during the morning and early afternoon, accompanied by fresh to strong southerly winds. The rain will clear to scattered showers with some sunny spells developing. Mid day temperatures will be 9 to 12 degrees but it will turn cooler and fresher with the clearance as winds veer west to northwesterly and moderate.

Cold on Friday night with clear periods and well scattered showers in northern and northwestern counties, dry elsewhere with clear periods. Overnight lows of 0 to 3 degrees and a sharp frost and some mist or fog patches in southern areas.

The weather forecast from Met Eireann for Saturday says it will be a cool, mostly dry and bright day with sunny spells and just the very odd shower in northern counties. Winds light and afternoon highs of 8 to 11 degrees. Cold on Saturday night with widespread sharp to severe frost away from northern areas and patchy mist or fog in light winds. Overnight lows will range from -2 to +2 degrees (coldest in south midlands)

The weather forecast says Sunday will be rather cool, dry and bright in most places, with frost, mist and fog clearing during the morning. Cloudier in northern counties with some showery outbreaks of rain developing in these areas during the day. Highs of 8 to 11 degrees. Some frost in southern counties on Sunday night with temperatures falling to 1 or 2 degrees, but cloudier skies further north should prevent significant frost, but some patchy mist and fog may form.

According to Met Eireann, Monday will be cloudy to start in many areas with some showers in parts of the north and northeast in the morning. Mostly dry in the afternoon with cloud breaking and some sunny spells developing, best in southern areas. Highs of 10 or 11 degrees in light variable winds. Frost overnight