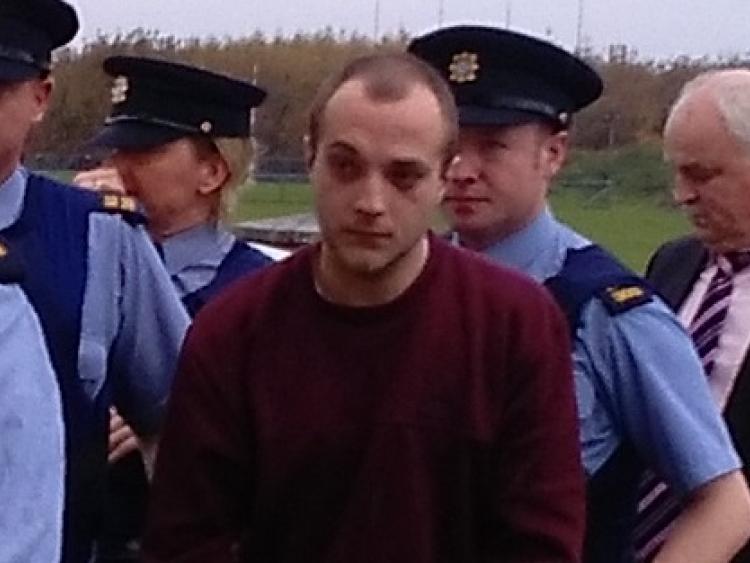 A father-of-one has been sentenced to life in prison for murdering a fellow drug dealer, who’d threatened his family over a €100 debt. He chased him across a busy street in Longford and stabbed him to death in broad daylight.

The Central Criminal Court heard that Rihards Lavickis (26) admitted that he went out with a knife on November 1, 2016 ‘to get’ Akadiusz ‘Arik’ Czajkowski for threatening his family and breaking their windows.

The Latvian native with an address at Annaly court in Longford pleaded not guilty to murder, but guilty to the manslaughter of the Polish father-of-two outside Longford Shopping Centre at Rue Noyal Chatillon, Townspark in the town.

The trial heard that both men had become friendly while neighbours in Annaly Court. However, the deceased had set a number of bins on fire, causing an electricity outage lasting several days in a number of apartments.

The deceased had moved elsewhere in the town by the time Lavickis bought €300 worth of drugs off him on tic. However, the money wasn’t paid on the day the deceased wanted. So, he went with an associate to the home Lavickis shared with his partner, her mother and sister and their three young children, and attacked him with a knuckle duster.

Although Lavickis reported the attack to the gardai, he decided not to press charges, and the drug debt was reduced to €100 as a result.

However, the trouble continued between the two men, with Lavickis holding the deceased responsible for his family’s windows being broken on up to five different occasions. During one of these incidents, his sister-in-law’s friend was sleeping in the room under attack.

The night before the killing was Halloween and Lavickis was out and about with two friends. The jury saw CCTV footage of the three men standing behind a wall before a car pulled up and the deceased and two other men getting out. The footage then showed the first three men running away.

One of Lavickis’s friends, Michael Godla, told the court that the deceased had shouted at Lavickis: “Where is the money?” and that Lavickis had replied: “I give you nothing because you beat me with a knuckle duster.”

Mr Godla testified that the deceased had warned that he would get out of the car and give Lavickis a beating.

“Then another guy get out of the back of the car so we run away all of us,” he said, explaining that they were afraid. “They were big guys, like both bodybuilders. There were three people inside.”

He said they were hiding for 15 minutes as the men in the car drove up and down looking for them.

Mr Godla said that he was awoken by glass breaking around 3 o’clock the following morning and saw that Lavickis’s window had been broken. He later told Lavickis what he had seen.

Gardai testified that Lavickis called them to report the broken window that morning. They went to his home and he nominated the deceased as a suspect, telling the officers that he would ‘get him’. They had warned him not to, that they would deal with it.

However, he had gone out with a knife looking for the deceased. He later saw him walking down the street, hid in a gap in a wall and gave chase as he passed by.

The jury saw CCTV footage of him chasing him with a knife raised, and heard that he’d stabbed him three times just seconds later. The stabbing wasn’t caught on camera.

A post-mortem exam found that the victim died of a single stab wound to the heart. The other two wounds were not fatal, with one to his finger classed as defensive.

The defence had argued that he did not have the intent necessary for murder when he stabbed the deceased. His barrister also said that, if the jury found he had the intent, it could then find that he had been provoked by the deceased. Both defences could reduce murder to manslaughter.

However, the prosecution argued that the natural and probable consequences of sticking a knife into someone’s chest was death or serious injury, either of which could lead to a conviction of murder.

The jury spent just over three hours deliberating and found him guilty of murder by unanimous verdict.