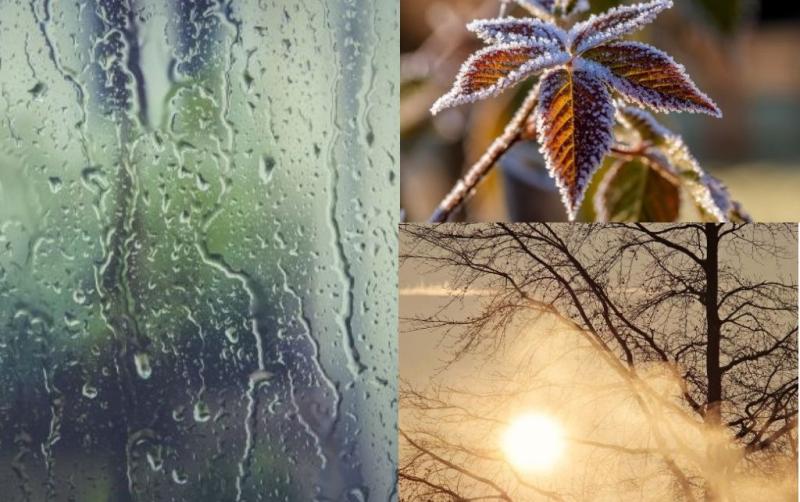 There is a bit of everything in the Met Eireann weather forecast for the coming days. There will be some wet and windy weather ahead of the weekend but temperatures are set to drop below freezing over the weekend with good sunny spells during the days.

According to Met Eireann, it will become windy on Thursday with easterly winds increasing fresh, but locally strong and gusty along the south coast. Early showers will largely die out as the morning progresses, with some bright or sunny spells developing. Rain will develop along southern coasts later in the afternoon, with some showers returning to east facing coasts. Top temperatures of 6 to 8 degrees generally, but up to 10 degrees in southern coastal fringes.

Breezy over south Munster and along the southeast coast on Thursday night, with some rain, heavy on the coast but just scattered showers elsewhere. Cool, lowest temperatures 1 to 4 degrees Celsius, with frost in places.

The national forecaster states that frost will clear on Friday morning. It will be cloudy and misty over south Munster and south Leinster with some rain at times, heavy along the coasts. Mostly dry elsewhere and brighter apart from scattered showers, mainly in eastern counties. Top temperatures 6 to 8 degrees but 9 or 10 degrees Celsius in southern coastal counties.

Further damp conditions in south Munster and south Leinster on Friday night with some showery rain but drier and clearer elsewhere, with some frost and icy patches.

According to the current Met Eireann forecast, early frost will clear on Saturday to give a bright, fresh day, with some sunny spells. Most places will remain dry, but some rain or hail showers will affect east facing coasts at times. Top temperatures 6 to 9 degrees in moderate easterly breezes. Cold overnight with clear spells and just a few showers. Lows of -2 to +2 C, are expected with frost and icy roads.

Early frost will clear on Sunday with some sunny spells developing. It will be dry apart from well scattered showers in coastal areas of the south and east. Top temperatures 6 to 9 degrees. Moderate east to northeast winds will be fresh at times in exposed coastal areas. Cold and frosty overnight with some patches of ice and mist. Lowest temperatures -1 to +2 degrees.