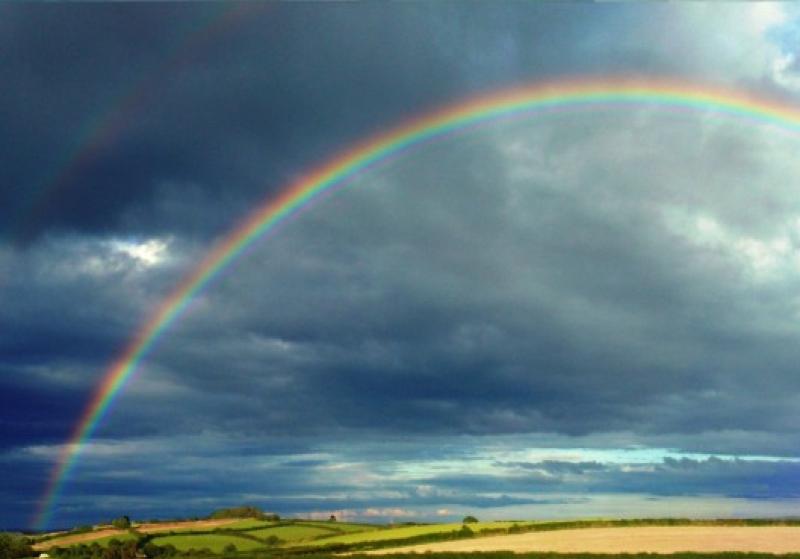 According to Met Eireann, this week will see a mix of sunny spells, showers and more prolonged spells of rain. Temperatures will be in the low teens early in the week but getting as high as 16 degrees later in the week.

Showers will continue on Sunday night with the risk of some heavy ones in places. The best of the clear spells will be further east where a few mist patches may form. Lowest temperatures of 6 to 8 degrees.

According to Met Eireann, Monday will be another showery day. It will start mainly dry in the east with some bright and sunny spells, but heavy showers in the west and south will become widespread through the course of the afternoon and evening. Some of the showers heavy and thundery with the slight risk of hail. Highest temperatures of 9 to 12 degrees with moderate southerly breezes, that will be fresh at times along coasts.

The national forecaster states that Tuesday will start off dry with sunny spells in the east. Persistent rain will develop in the west and will spread to all areas with freshening southerly winds. The rain will be heavy at times and will continue through the evening and night. Highest temperatures of 11 to 13 degrees.

Wednesday will start of cloudy with rain in many areas but the rain will become lighter and more patchy during the day and will eventually die out during the evening and night. It will be a mild day with highest temperatures of 13 to 16 degrees and moderate to fresh southerly winds. Thursday will be mainly dry with the best of the sunshine will be in the midlands and east. It will be mostly cloudy in the west with some rain or drizzle in coastal areas. Highest temperatures of 13 to 15 degrees with moderate southerly breezes.

Met Eireann states that, at the moment, it looks like Friday and next weekend will be mainly dry with sunny spells. Temperatures will likely reach between 12 and 14 degrees on Friday and Saturday, but will drop back to 9 or 10 degrees on Sunday. Winds will be mostly moderate south or southeast.