Horses tied up on Portarlington path forcing walkers onto road

Horses are being tethered up all around Portarlington town 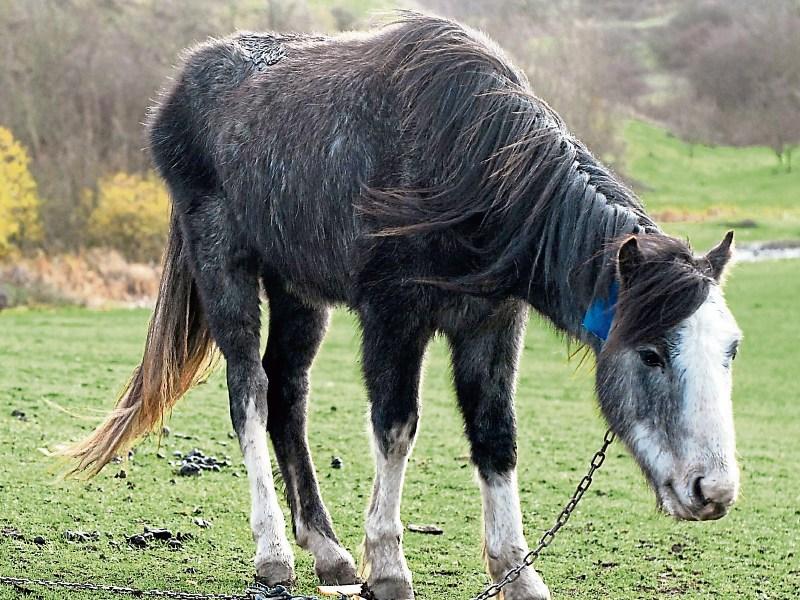 Horses are being tethered up all around Portarlington town, with some blocking a path and forcing walkers to step onto the road.

The horses were listed in six parts of the town, along with a plethora of other complaints including illegal dumping and temporary dwellings, that the Laois Offaly border town is suffering from for the past two years.

The Tidy Towns group has now officially pulled out of entering the national Tidy Towns competition for the second year in a row, due to the extent of dumping.

Cllr Tom Mulhall announced their decision at the May meeting of the Portarlington Graiguecullen Municipal District.

"There are horses now at Corrig Glen, the Ballymorris Road beside the old cottage, Canal Road, the Enterprise Centre and the field opposite Sandy Lane school," he said.

He said they are also at the group housing in Ballymorris.

"They are tied to fences, trees and access paths. This is a walking area. There's two or three horses on the path in front of walkers," he said.

Cllr Aidan Mullins said he and his wife encountered the horses while out walking.

"There is a small pony tethered beside the housing scheme, it's like it has mange on its back. It's certainly neglected. You have to go on the road to get around it, and there are piles of horse excrement on the path. These horses have nothing to eat, they are on short ropes, tethered for days," Cllr Mullins said.

Both have called on Laois County Council to remove the horses, or to contact the LSPCA on the matter.