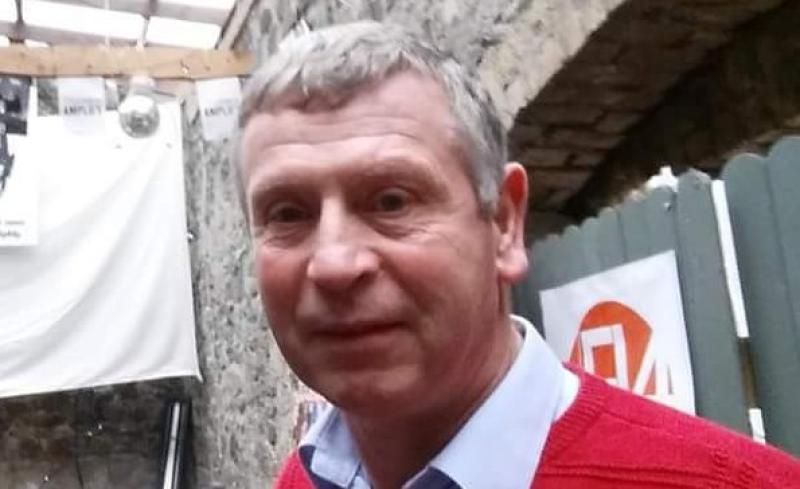 An emotional night is in store on Friday, May 4 when friends and fellow artists will meet in The Townhouse, Tullamore, to remember the recently deceased singer, songwriter, and poet, Camillus Boland.

Also fondly remembered as a powerhouse of a footballer in his time, Camillus passed away early in March after a short illness.

The depth of affection and height of regard in which he was held was evident at the monthly Scene of the Rhyme event in Joe Lee's, Tullamore, at the end of March when the Tullamore Rhymers' Club - of which Camillus was a proud member - bid him a moving fond farewell and last salute.

Indeed, that particular evening was made all the more poignant given that another young poet, Paul Curran, himself no stranger to the Scene of the Rhyme and a friend of the Rhymers' Club, was also remembered following his own sad passing around the same time as Camillus.

On May 4, it will be the turn of of Jim Dolan, Glen Flynn, Matt McCormack, and Michael Farrell among others to pay their tribute to Camillus, something Jim felt they all very much wanted to do, as he explained last weekend.

"I've never known a man like Camillus, and that's a fact. And I wouldn't be the only one thinking that way, far from it. He was just one of a kind, in so many ways."

"To think that he was both a songwriter and a poet, the creative side of his nature was extraordinary. Camillus was so well thought of by everyone he ever met, that was the measure of the man. And all of us who knew him so well, and who appreciated him, we want to do something special in his memory. That's what will be happening in The Townhouse on the 4th of May."

Jim continued, "We'll have music on the night from the likes of Glen Flynn, Matt McCormack, Michael Farrell and many more, too, and we encourage anyone who wants to come along, to do so."

"Everyone is more than welcome. This will be the kind of night that Camillus himself would have loved to be a part of, and sure God knows he will be anyway, because he'll be right there in the middle of us all in spirit, and in all of our hearts as well."

"He went very suddenly in the end, and I think the shock of that shook a lot of us who knew him. We didn't see it coming, there was no warning of it at all. So it's a bit like we never got to say a real goodbye in some ways. But that's what we'll be changing on May 4," Jim concluded.

The tribute night for Camillus Boland takes place in The Townhouse, Tullamore, on the evening of Friday, May 4.