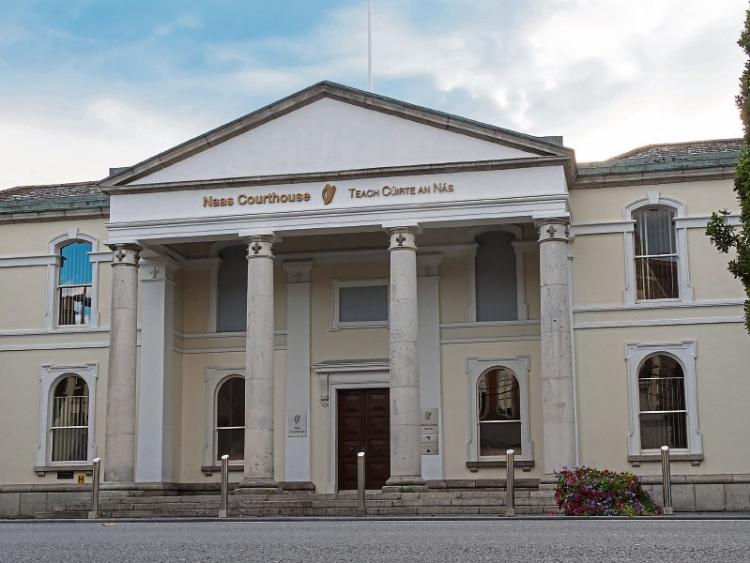 Two men were sentenced to six and five years in jail respectively at Naas Circuit Court this morning in connection with a large drugs seizure of over €227,000 in Rathangan last year.

Both men were remanded in custody on January 29 last.

Garda Lisa Boshell gave evidence to the court today that the arrests were made as part of an intelligence led operation.

Surveillance was conducted at the address of 29 Beechgrove Rathangan, and on Wednesday May 10 2017, a warrant was executed to seach the premises at approximately 3pm. A sniffer dog was also used.

Gardaí found Ronan Bagnall asleep on the couch, while Ian Smyth was asleep in a downstairs bedroom. A small amount of drugs were found on the bed that Ian Smyth was sleeping on.

A further search found three boxes of drugs in the attic of the house.

Both men were arrested at approximately 3:25pm, and both gave admissions when interviewed that evening in Kildare Garda Station.

Ronan Bagnall told gardaí that he was “minding the drugs for a lad from Dublin.”

He said he was minding the drugs to “make quick money to buy a new car”, and said he was getting €2,000. It was also heard that Mr. Bagnall had significant debt as a result of his drug dependency, and was “storing the drugs to pay off debts.” He also admitted to gardaí that he had a drug addiction.

The court heard that the drugs were delivered to the house in a van in six boxes, to which Mr. Bagnall said he “nearly had a heard attack” when he saw the amount of drugs.

Mr. Bagnall and Mr. Smyth proceeded to load the drugs into three boxes, and stored them in the attic.

The court heard that Ian Smyth’s mother owned the house, and Mr. Smyth was the sole occupant before Mr. Bagnall asked to stay.

Barrister for Mr. Bagnall, Rad O’Hanlon, said the defendant appears to come from a good family, has shown intent to come off drugs, and also has no link to drugs in his previous convictions.

Mr. O’Hanlon asked the court to take into consideration that Ronan Bagnall is in a relationship, and expecting a child shortly, which is a “potential attitude change in his life”.

The court heard that Mr. Smyth had become friendly with the co-accused through drugs.

Barrister for Mr. Smyth Damien Colgan said he had “kicked his heroine addiction around Christmas until he met the co-accused”. He added that Mr. Smyth allowed this man to bring drugs into the home.

Mr. Colgan said Mr. Smyth had qualified as a brick layer but hadn’t done his junior certificate because he left school at an early age, so has no paperwork to prove it. He added that a previous employer has indicated that there would be a job there for him when he is released.

The court heard that he has drifted in and out of drugs from a young age, however was drug free when he moved to Wales in 2015 for a short period.

Mr. Colgan added that Mr. Smyth has attended ARAS in Newbridge, to help his drug addiction, and is currently clean from drugs. He said Mr. Smtyh’s mother, who was present in court, is preparing to offer him accommodation when he is released.

He asked to judge to take into consideration that Mr. Smyth answered all garda questions put to him, and his plea was forthcoming.

Mr. O’Hanlon said Mr. Bagnall has been drug free since going into custody, and has showed a willingness to stay off them. He has attended the Fr. Peter McVerry trust to deal with his drug addiction.

However, Mr. Colgan asked Judge Michael O’Shea to distinguish from the two men, as he said Mr. Bagnall “took advantage of the friendship” to use Mr. Smyth’s house to store the drugs.

Judge Michael O’Shea said he took mitigating and personal factors into account when handing down the sentences.

However he took into account personal circumstances including the fact that he is expecting a child in the near future, his attendance at IT Carlow for a short period and the Kildare Wicklow Education Training Board where he received distinctions in two modules.

The judge also took into account that he suffers from an anxiety disorder, pleaded guilty to the offence, was co-operative at all times with the garda investigation, gave a full admission, and expressed remorse.

In relation to Mr. Smyth, Judge O’Shea said his offence was on the “slightly lesser level” than Mr. Bagnall.  He said he had a chronic drug addiction, and allowed the drugs to be stored and assisted in the placing of the drugs. He also said Mr. Smyth was getting a “modest” amount of money for storing them.

However he added that Mr. Smyth was fully co-operative in the investigation, made a full admission, expressed remorse, attended the prison psychology service and ARAS Newbridge, and is taking positive steps to kick his chronic addiction.