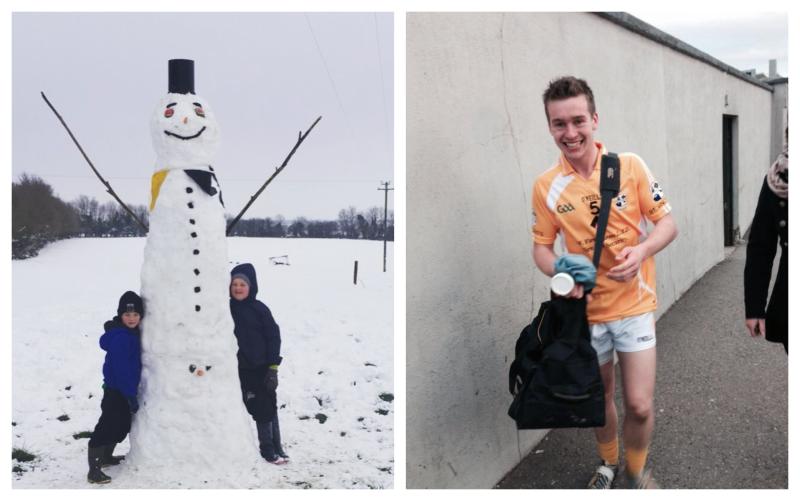 Offaly brothers Daniel (8) and Aaron (7) Mangan made the most of the snow delivered from Storm Emma and the Beast from the East last week as they built this amazing snowman.

Not only that, but the boys decided to name their snowman after their uncle Adam Mangan, who passed away in 2015.

The promising sportsman, who played underage with Leinster Rugby and gaelic football with Kilclonfert and Offaly GAA, died in an accident with a trailer near Rhode.

He has since been remembered at a number of events including a gaelic football tournament played in his name in Offaly last year.

He was idolised by his nephews, and their mother told us that Adam was a huge part of their young lives prior to his death at the tender age of just 19.

They sent us this picture to enter our snowman competition, but although we received it after that competition had closed, we at the Offaly Express would like to name this snowman as the honourary winner. We believe this to be the best snowman built in Offaly in the last week.

So much so, we are going to feature it along with Adam Mangan as our cover picture on Facebook, shared with our over 16,000 followers for the duration of this week.