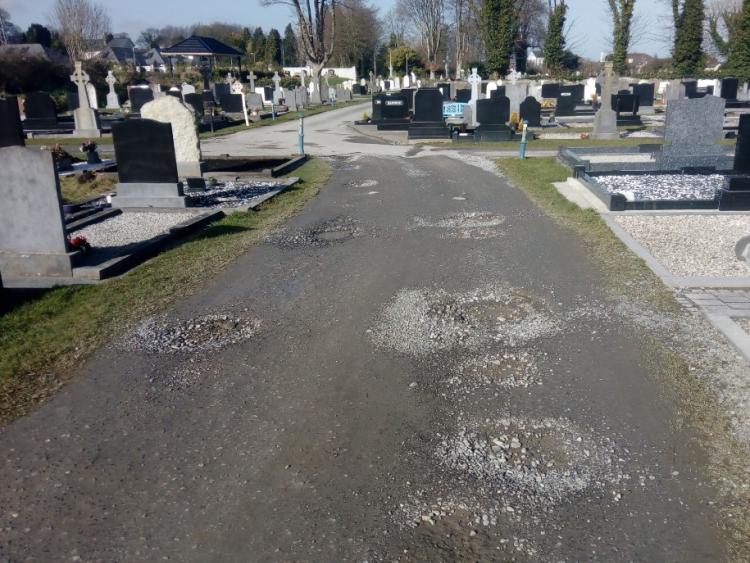 A Path in Edenderry Cemetery full of potholes

Residents in Edenderry have described the paths in the cemetery as "a disgrace." The paths used by those walking and driving into the graveyard adjacent to St. Mary's church have fallen into disrepair, largely due to adverse weather, leaving them filled with potholes.

One person while in the cemetery, commented to the Offaly Express: “It’s a disgrace that nothing has been done about it yet, at the very least the paths should be fixed as a sign of respect to the people buried here and not remain an eyesore."

Another issue surrounding the cemetery in Edenderry the lack of a crossroad from the church to the cemetery. Locals have long been calling for the crossroad there, so that coffins can be brought to their final resting place and mourners can cross the road safely during heavy traffic.

The parking spaces in Edenderry cemetery have also been raised as an issue by parishioners this week because there are no lines indicating where to park, and vehicles have been known to, at times, park too close to one another and cause obstruction.

When asked to comment on the issues with the paths, parking and crossing issues at the cemetery, local Offaly County Councillor, Noel Bourke, said: “We have limited funding, but will be seeking more to improve drainage and paths in the cemetery."