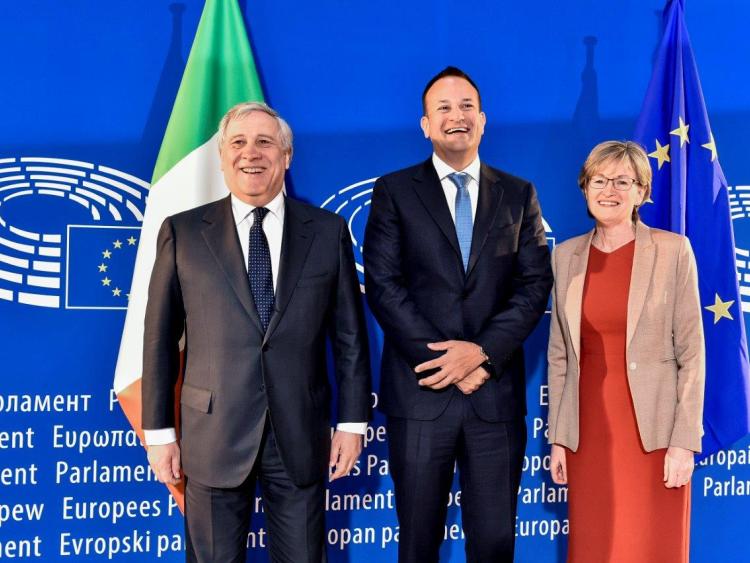 As First Vice-President, Midlands-North West MEP Mairead McGuinness welcomed An Taoiseach Leo Varadkar to the European Parliament, Strasbourg to kick start a series of major speeches from EU leaders on the Future of Europe this week. Mr Varadkar was the first EU leader to address MEPs and engage in an open debate.

"An Taoiseach Leo Varadkar spoke of how Europe enabled Ireland's transformation from being a country on the periphery, to an island at the centre of the world, at the heart of the common European home that we helped to build."

"He recognised that along with other member states who have benefited so much from the EU, we have a particular responsibility now to lead on the future of Europe debate," McGuinness continued.

The Taoiseach spoke of approaching this very important debate on the future with a positive attitude – talking about what we want to achieve more than what we want to block or resist.

"Many of the policy challenges we face are increasingly global and they cannot be met by nation states acting alone," he said.

"Mr Varadkar's speech and was very well received at EU level and was widely covered by a large media presence from across the 28 EU Member States," McGuinness said.

“He set a very high standard in both his speech and responses to MEPs that other EU leaders will have to follow."

“His perspective as a young leader with a positive vision for the EU and an appetite to lead that change with others was refreshing as much as it necessary," she concluded.