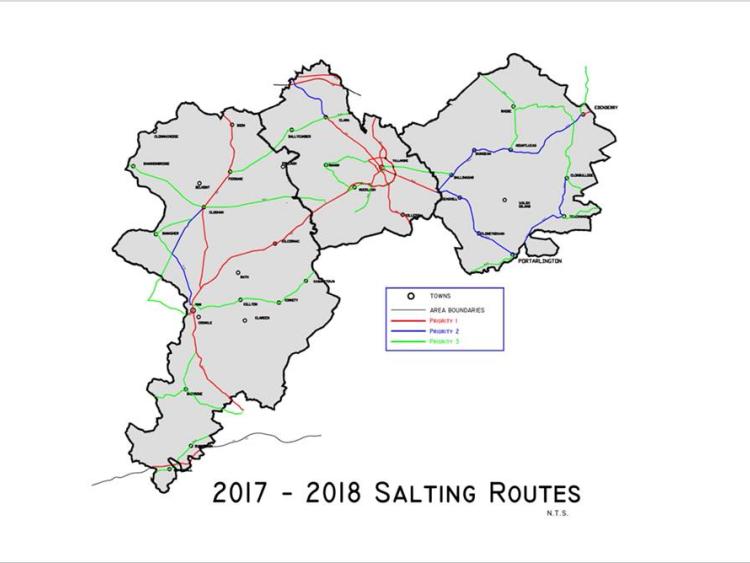 In its Winter Service Plan for Roads, Offaly County Council says its intention is to deliver a co-ordinated programme of winter service operations on routes of given designated priority.

Routes are designated a priority rating of between 1 and 3 based upon the particular class of public road, traffic volumes carried and the importance of the route on a national, regional or local level. The priority rating assigned to a particular route also has an associated stated level of service to be delivered on the route.

Here are the roads listed through Priority 1 to Priority 3.

Those routes which are desirable to be kept serviceable in the normal winter weather conditions, as far as reasonably practicable.

Those routes that could be kept serviceable once Priority 1 and 2 routes have been treated, if resources allow

Locations other than those listed above may be treated as the need arises and this will generally be carried out during normal working hours and is very much dependent on the generally limited resources which are made available at a local level.

It should be noted that the R440 Kinnitty to Mountrath Road is not included for winter service treatment and in the event of severe weather conditions this route may require to be closed to the public.