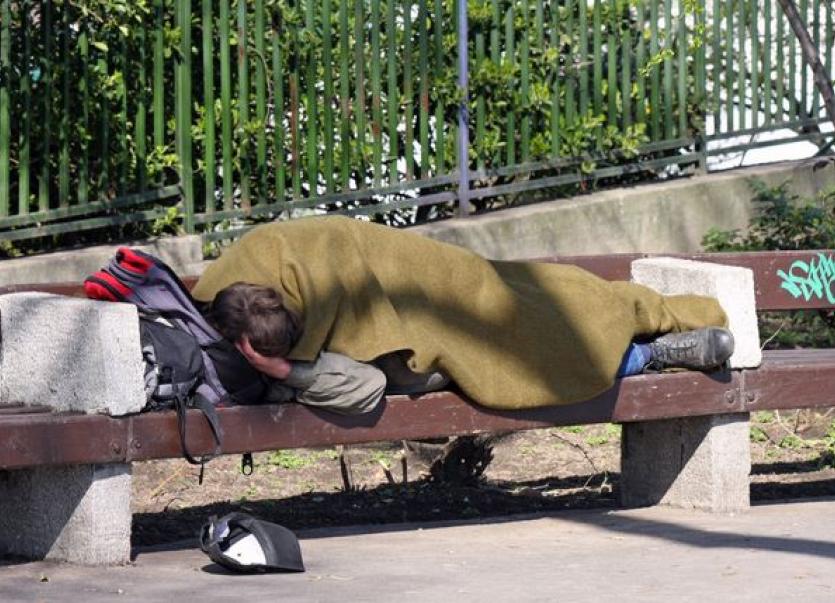 A man is living in constant distress in the Midlands after finding himself homeless three months ago.

The 47-year-old man, who wishes to remain anonymous, has been homeless since August 4 when he had to move out of the house he had lived in for seven years in Portlaoise because of a hike in the price of rent which he was not able to afford.

The man is distressed having spent the months of August and September moving around to friend’s couches and sleeping in a car.

He is not alone as his 17-year-old son is also homeless with him. The child’s mother is not around.

Now, he has been told that he can no longer live in this emergency accommodation.

The Educational Welfare Officer for the Child and Family Agency TUSLA wrote a letter to Laois County Council on September 7 on this man’s behalf as a child is involved.

In the letter the Welfare Officer outlined that the current homeless situation the man and his son were facing was “seriously affecting” the son’s education in his Leaving Certificate year.

It stated that the secondary school he is attending has committed to trying to support the son in any way they can. It also said that the pair were “very distressed” during the meeting. The Education Welfare Officer asked that the situation be resolved as soon as possible as it was “detrimental” to the boy’s education.

A letter written by a representative of the secondary school involved states that the boy did not return to school for his 6th year studies “due to the unfortunate circumstances of finding himself homeless”.

It said that “it is vital that X has appropriate accommodation to help and support him in his academic studies in his Leaving Certificate Year”.

Emergency accommodation was provided after this but now they are back to where they were in August, unable to afford private rented accommodation.

The man has shown this newspaper his attempts at contacting estate agents about private rented accommodation.

Two estate agents in Portlaoise confirmed to this man that the lowest price of rent for any kind of accommodation in Portlaoise is €775 per month.

While this is an average price of rent, on Daft.ie on November 3 there was one property for rent for €750 per month in Portlaoise, the other 28 available properties ranged from €775 to €1,450 per month.

This is out of the man’s price range as he receives €222 a week in Jobseeker’s Allowance.

He has provided proof to the Leinster Express that he was a good tenant in his home which he occupied for seven years in Portlaoise and he paid the rent on time.

This man has received no response from Laois County Council in terms of what he can do now that his time in emergency accommodation is over.

There are currently 1,606 applicants on the Housing List in Laois. This includes 241 Housing Assistant Payment, 74 Rental Accommodation Scheme and 17 transfer requests.

A total of 119 allocations were made in the first ten months of 2017. Nine properties are currently undergoing works and these houses will be allocated within 8 weeks.

Between January and October 2017, a total of 201 presentations of homelessness were made to Laois County Council.

This leaves 139 cases of homelessness in Laois that have not been allocated housing. This is due to a shortage of housing in Portlaoise.

The Leinster Express newspaper asked Laois County Council Housing Officer, Ian McCormack, what the policy is when a person finishes their time in emergency accommodation. No reply to date was given via phone or email.

This man now continues to live in constant distress with his son not able to attend school regularly due to a lack of stability.