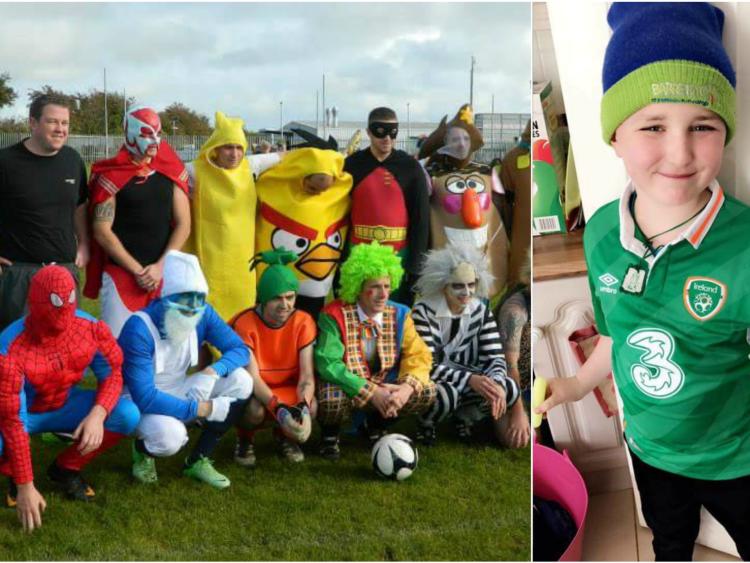 A unique charity football match is set to raise much needed funds for an unwell Tullamore boy, as well as the Ben and Jake Connolly Trust.

The fancy dress charity match is now in its fourth year, and the feelgood game is organised by Maria Kavanagh and will take place at Leah Victoria Park on Sunday, October 29 at 3pm.

The game helps different charities each year, and Maria has told us that this year, the match will benefit youngster Alex Coyne from Tullamore who is battling a rare lifelong condition called Langerhans Cell Histiocytosis (LCH).

LCH occurs in patients when the body accumulates too many Langerhans cells. A Langerhans cell is a type of white blood cell that normally helps the body fight infection.

In LCH, too many Langerhans cells are produced and then build up in certain parts of the body where they form tumours and damage organs.

LCH is classed and treated like a type of rare cancer as cancerous mutations form in the tumours. It affected less than 1 in every 200,000 children. It can also affect adults.

This event is one worth supporting, and people can attend on October 29 for a laugh as Spiderman tackles a few Minions, or an Angry Bird gets into a heated exchange with a Smurf.