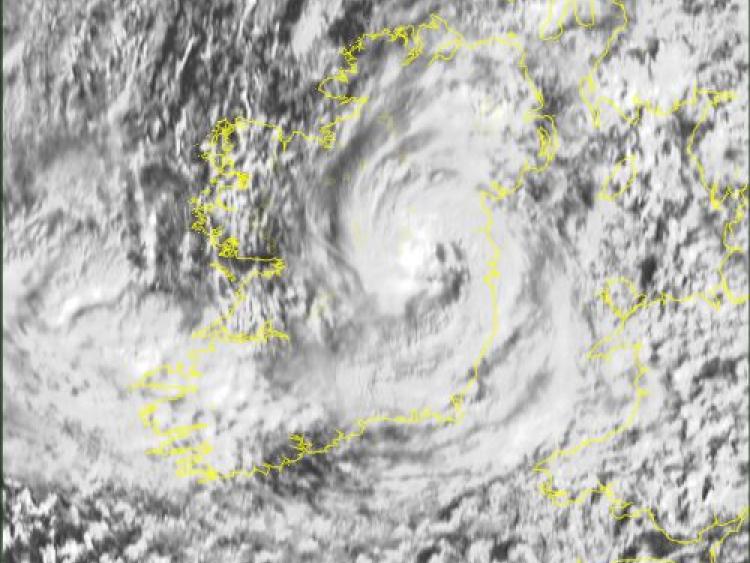 A dramatic satellite picture of Storm Brian revealed that the eye of the storm passed directly over Offaly today.

The image published by Met Éireann was captured from space at 10am on Saturday, October 21. It reveals a swirling mass of white cloud as it appears to pass directly over Offaly

Weather warnings remain in place for the Storm which has caused some flooding in Limerick.

The ESB reports that 67 customers have lost electricity in Portarlington. 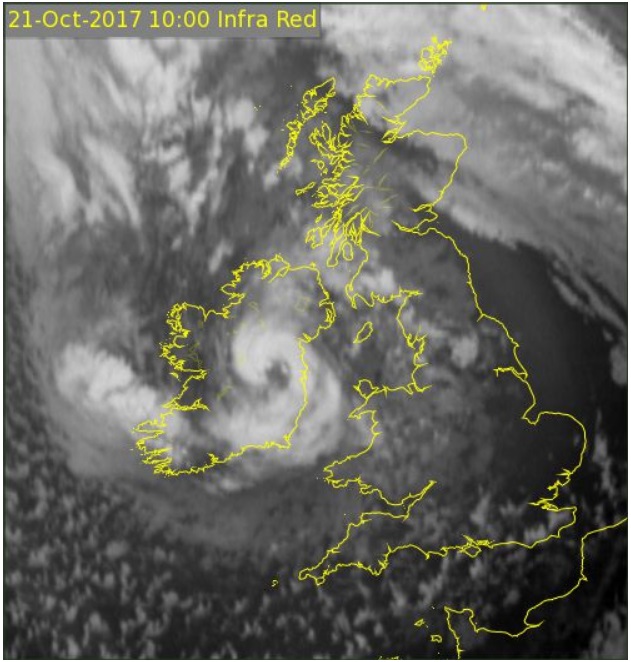 The wet and windy weather caused by Storm Brian according to Met Éireann's forecast.

The forecaster says Saturday afternoon will see the strong, gusty northwest winds will extend up over the rest of the country with gales in coastal areas of Connacht and west Ulster. Widespread showers or longer spells of rain also. Highest temperatures of 13 or 14 degrees.

Early Saturday night, it will continue windy in Ulster and north Leinster for a time with further heavy showers. Overnight, winds will gradually moderate in all areas. There'll be some further showers in the north and some rain developing in Munster. Lowest temperatures of 6 to 9 degrees.

On Sunday, there'll be some bright spells, but cloudy periods also with a little showery rain. More persistent rain will develop in the west in the early evening. Highest temperatures of 12 to 14 degrees. Moderate to fresh Westerly winds will ease and back southerly.

The outlook is for widespread rain early on Sunday night to clear eastwards overnight. It may linger in parts of the east until Monday morning.

It will become dry for a time on Monday with sunny spells and in light Southerly breezes it will feel mild, temperatures will range between 14 degrees in the north to 17 degrees in the South.

More showery rain will spread up from the Southwest later on Monday and it looks like there will be further rain at times on Monday night, Tuesday and Wednesday. It will become breezy also but will stay mild with the winds still coming from the South.