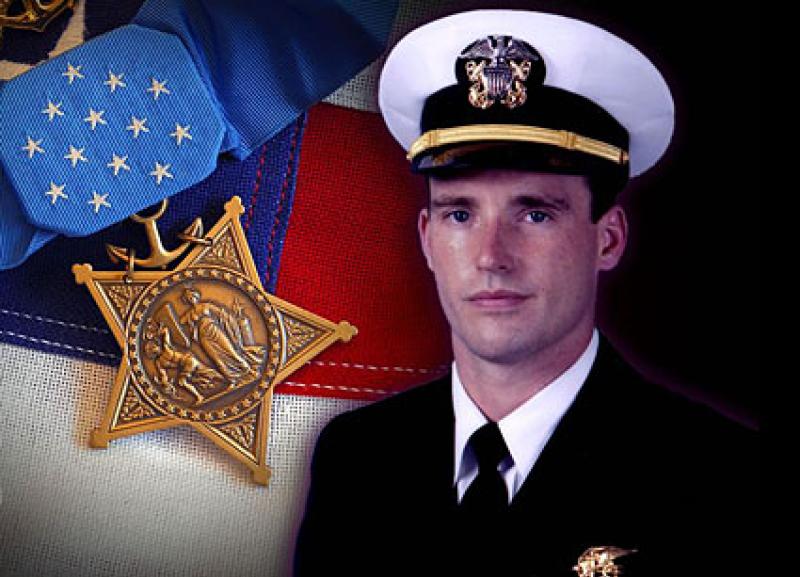 An American war hero who fought and died in Afghanistan in 2005 has been honoured with a dedication ceremony at Kinnitty Castle in Co. Offaly this week.

Lt. Michael P. Murphy, an Irish-American whose parents have Cork links, was by guests from all over Ireland and across the Atlantic with the unveiling of a dedication room at the Offaly castle on Thursday, September 7. 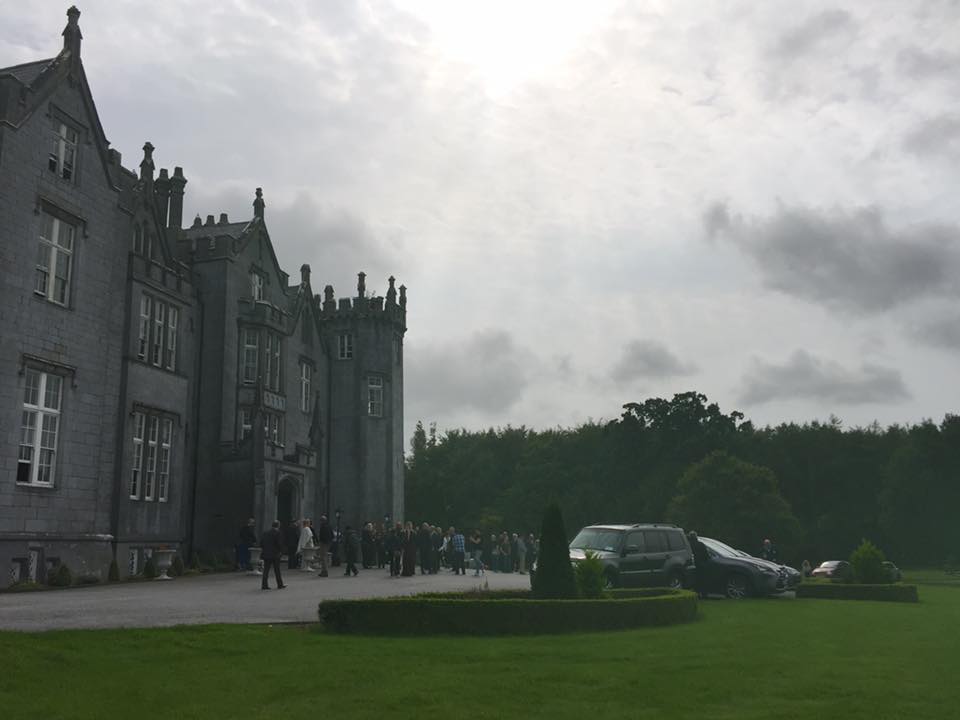 Pictured: Guests arrive at Kinnitty Castle on Thursday to mark the life of former US Navy SEAL, Michael P. Murphy

Michael P. Murphy was a distinguished US Navy SEAL who received a Medal of Honor from the White House, the highest possible and service against a foreign enemy in the United States.

Known as Murph, Michael received the medal posthumously having died in extraordinary circumstances in Afghanistan in 2005. He became the first member of the US Navy to receive a Medal of Honor since the Vietnam War, which ended in the 1970s.

Murphy was born in New York in 1976, and having studied at Penn State University and offered multiple law school places, the young man decided to apply for the US Navy instead.

He joined the Navy SEALs, the U.S. Navy's primary special operations force, and served in places like Qatar and Jordan early in his career.

The US War on Terror began in 2001, and in early 2005, Murphy was assigned to SEAL Delivery Vehicle Team ONE as the officer in charge of Alpha Platoon and deployed to Afghanistan.

Murphy led his men and fought in various missions during the war, but in June of 2005, they found themselves deep in enemy territory.

Murphy was the Commander of a four-man reconnaissance team who were on a mission to kill or capture a top Taliban leader, Ahmad Shah, who commanded a group of insurgents known as the Mountain Tigers.

Murphy and his team were dropped off by helicopter in a remote, mountainous area east of Asadabad in Kunar Province, near the Pakistan border. After an initially successful infiltration, local goat herders stumbled upon their hideout.

The Taliban forces were then alerted to their position and surrounded and attacked the small group. Murphy called for back-up, but a helicopter sent to help was shot down, killing all 16 personnel on board.

Murphy and two of his team were killed on June 28, 2005. Murphy was killed when he left a position of safety to go to a clearing away from the mountains, in order to contact his HQ and request further help for his team.

He dropped the phone after being shot multiple times but picked it back up to finish the call. While getting shot, he signed off saying, 'Thank you,' before dying from his wounds. He was just 29 years old.

On Independence Day, July 4, 2005, Murphy's remains were found by a group of American soldiers during a combat search and rescue operation. His body was returned to America, and nine days later, on July 13, Murphy was buried with full military at Calverton National Cemetery.

This week in Offaly, the Irish-American community gathered to pay homage to one of their greatest ever servicemen. The guest speaker at the event was Vice Admiral Joe Maguire, a retired and hugely decorated member of the U.S. Navy. 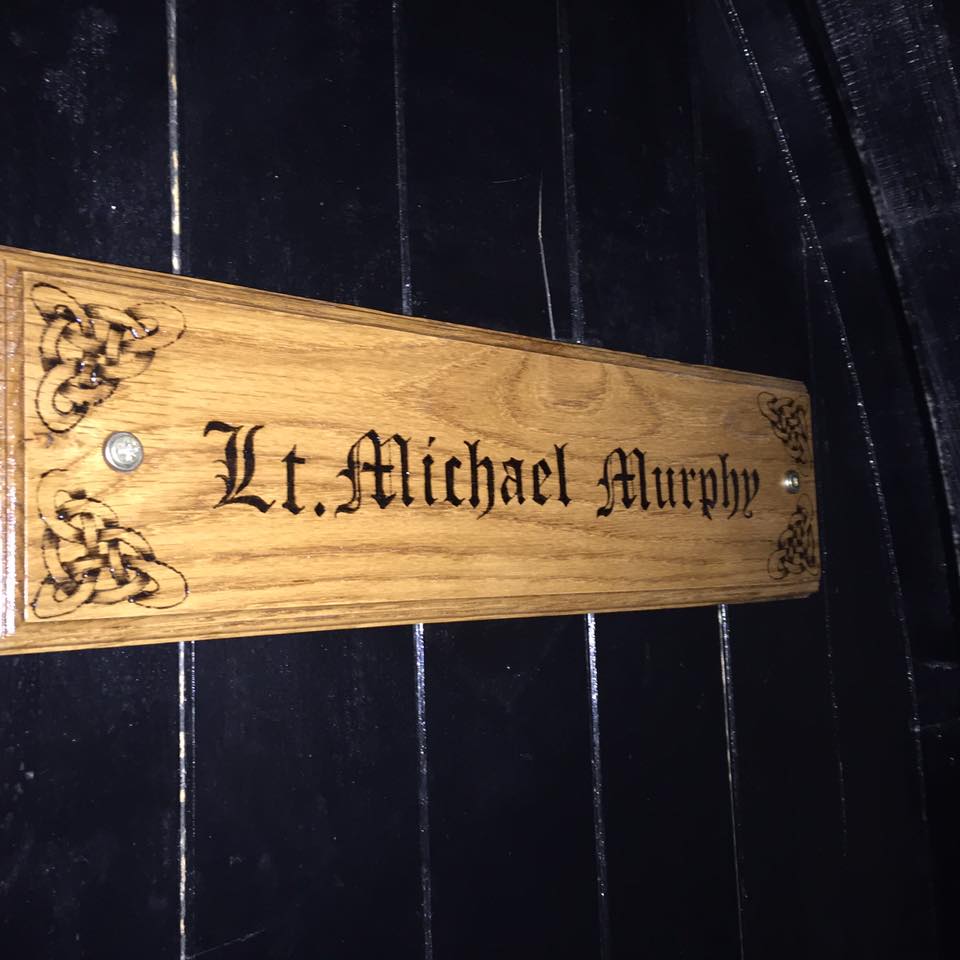 Pictured: The door to the dedication room for Lt. Michael P. Murphy at Kinnitty Castle

Michael P. Murphy was known as 'The Protector,' and one member of his SEAL team survived that Afghanistan ambush. While Murphy received the Congressional Medal of Honor, the rest of his team were awarded the Navy's second-highest honor, the Navy Cross, for their part in the battle, making theirs the most decorated Navy SEAL team in history.

He died and has been remembered as a true hero, selfless and dignified right up until his final moments.

For more information, you can contact the castle at www.kinnittycastlehotel.com.