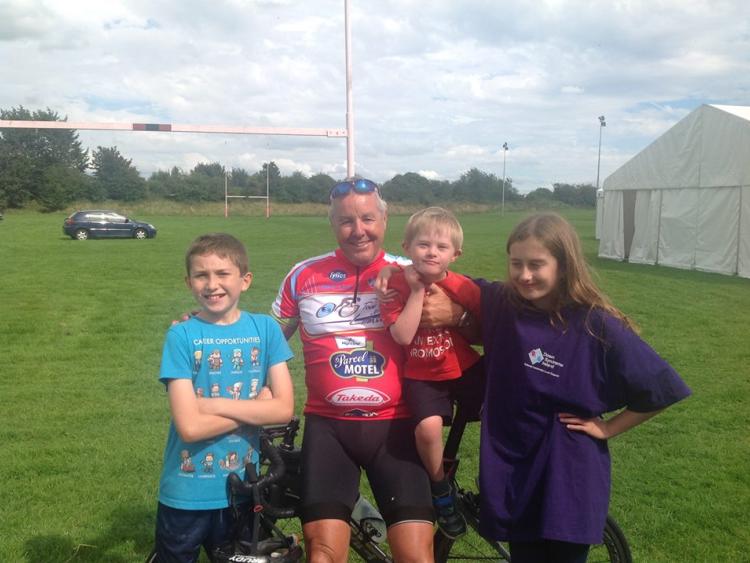 Stephen Roche with Eoin, Billy and Ciara Hoare during the Tour de Leinster visit to Tullamore RFC in 2016

This September the fourth annual Tour de Leinster cycle will come through Offaly.

The cycle, led by Stephen Roche, is a fundraising event that will raise money for the Leinster branches of Down Syndrome Ireland. This year’s cycle, is taking place from Thursday, September 14 to Sunday, September 17, and will cover 600 km over the four days.

The event gives cyclists the chance to cycle with 1987 Triple Crown winner of the Tour de France, Giro d'Italia and the World road race championship winner Stephen Roche, who will cycle shoulder to shoulder with participating cyclists for the four days.
On Saturday, September 16th, a lunch stop will be held for the cyclists at Tullamore RFC. Here the cyclists will take a well-earned rest and have some refreshments.

Everyone is welcome to come down to welcome Stephen and all the cyclists into Tullamore, say hello and support them on their journey.

If there are any businesses who would like to sponsor the event at a local branch level (Offaly) or event level they should contact us through the Offaly Down Syndrome Facebook page or Down Syndrome Ireland at head office in Dublin immediately.