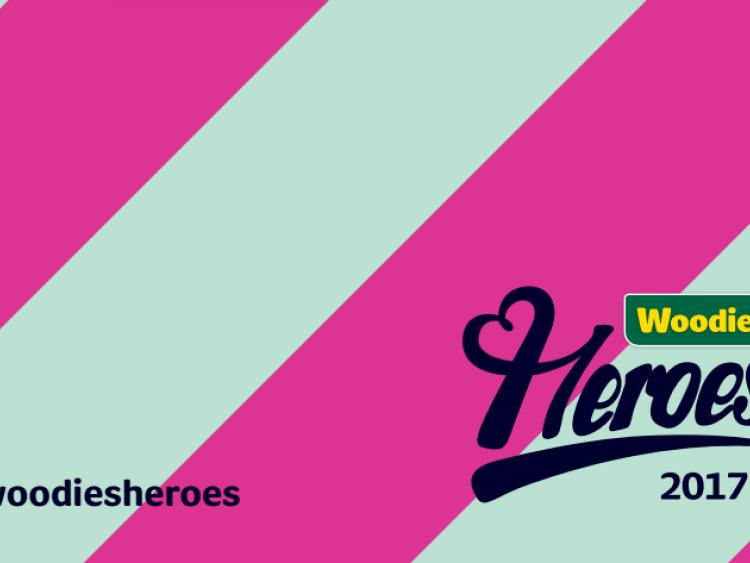 The four-week Woodie’s Heroes charity fundraising campaign culminates this week in their annual cycle. Two teams of cyclists, made up of Woodie’s colleagues, including the CEO Declan Ronayne and suppliers, have been in months of training to prepare themselves for the gruelling task of cycling over 1,500 km and calling in to 35 Woodie’s stores across Ireland over 5 days.

On Thursday August 24,  at 2.30pm, the team will be stopping off in the Tullamore branch of Woodie’s for a cheque presentation.

Every Woodie’s store team have been enthusiastically fundraising over the past four weeks to raise money for the Woodie’s Heroes' four children’s charities.

Over the next week, two teams of cyclists are travelling around the country to collect the cheque from each of the stores and on arrival they will present a special plaque to recognise the store team’s amazing fundraising activities.

The two teams set out from Cork on Monday and are supported by the experienced Lucan and Donadea cycling clubs. The teams will reunite in Mullingar on Thursday, August 24, and cycle as one team from Mullingar to Woodie’s store in Tallaght on Friday, August 25, where they will be welcomed home by staff, family, friends and suppliers.

Once again, Woodie’s cycling teams will receive outstanding and welcome support from the Garda Traffic Corp all over the country who escort the cycling teams safely through busy cities and towns.

“Having completed this cycle for 2 years in a row myself, I know first-hand how challenging and testing this will be. The training commitment these cyclists have given along with the dedicated four weeks of fundraising completed by all of our colleagues is simply awesome and makes me feel so proud. I wish everyone the very best of luck – I look forward to joining them for the final leg of the journey,” Ruth Brett, Marketing Director said.

This is the third year that Woodie’s have embarked on a major campaign to fundraise for their Children’s Charity Campaign “Woodie’s Heroes” throughout their network of 35 stores nationwide.

They have set themselves a target to raise a total of €250,000 for four of Ireland’s largest children’s charities; Make A Wish, ACT for Meningitis, Temple Street and Jack & Jill Foundation.

As part of the Woodie’s Heroes campaign, a 100 strong choir and Fight Like Apes lead singer May Kay have released a cover of Bowie's ‘Heroes’.

The single is available on band camp at www.woodiesheroes.bandcamp.com, iTunes, Spotify and to purchase instore on CD in Woodie’s stores.