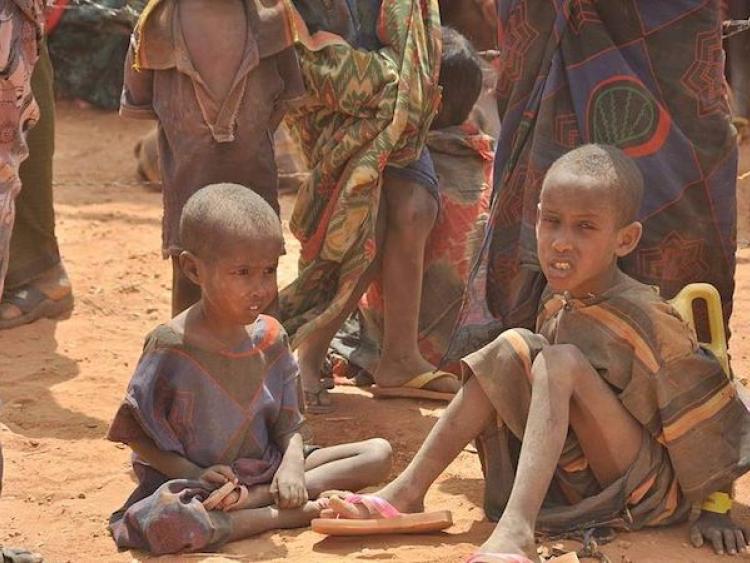 Special collections will take place at all Masses in Offaly this Sunday in support of people currently affected by the devastating hunger crisis in east-Africa.

Severe drought, driven by climate change, is currently affecting Kenya, South Sudan, Somalia and Ethiopia and this has resulted in failed harvests and the widespread death of livestock.

Trócaire, the overseas development agency of the Catholic Church, is currently delivering emergency food, water and health care to the 25 million people affected.  Church authorities and Trócaire will channel the collection towards those suffering as a consequence of the east-Africa hunger crisis.  The affected region has been compounded by the conflict in South Sudan and Somalia, with areas in both countries now on the verge of famine.  In Somalia alone, 1.4 million children face life-threatening severe malnutrition this year.

The United Nations has described the situation in the drought-ravaged parts of Africa as the greatest humanitarian crisis since the Second World War.  Trócaire has a long-standing presence in all four affected countries and is working with local communities to deliver life-saving aid, including food, water and healthcare, to hundreds of thousands of those worst affected.