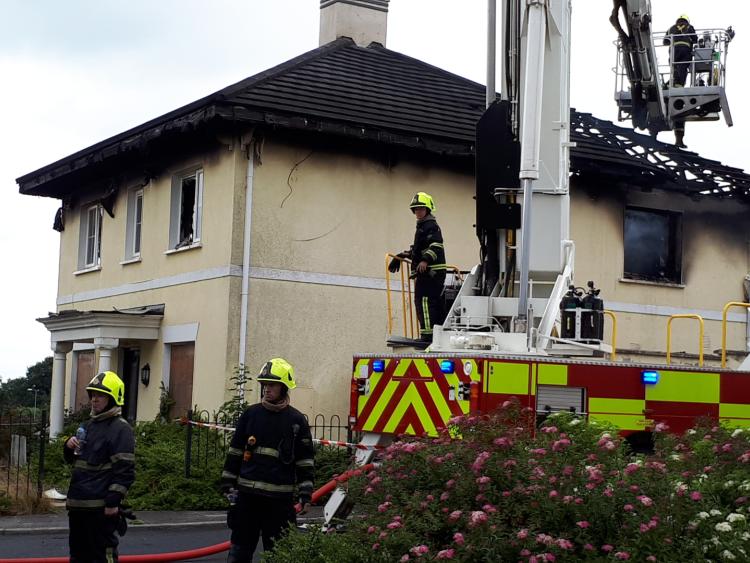 A house has been completely destroyed in a fire at a housing estate in Portlaoise this afternoon, Tuesday, July 11.

The house at Esker Hills in Portlaoise burst into flames this afternoon, and was attended and tackled by units from both Portlaoise and Stradbally Fire Services.

Huge amounts of smoke could be seen for miles coming from the house.

The large detached house, that has been idle and boarded up for a number of years, has been completely gutted, and residents have said they were worried about the building and its use because it was the scene of anti-social behaviour.

It is understood residents had made complaints to the local authority about the house.

No injuries have been reported in the fire.

The cause of the fire is still unknown but it is understood that a number of youths were seen running from the vacant premises before the building went up in flames.

The scene is currently being preserved by the gardaí. 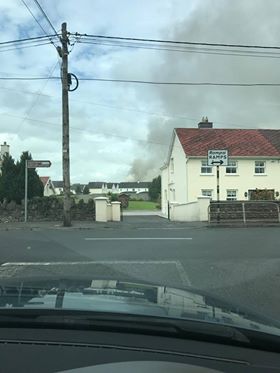 Photo by Mario Sun showing the smoke over the midlands town.

LS11 Portlaoise and LS18 Stradbally currently in attendance at a vacant house fire in Portlaoise. pic.twitter.com/RBgfITAI3D