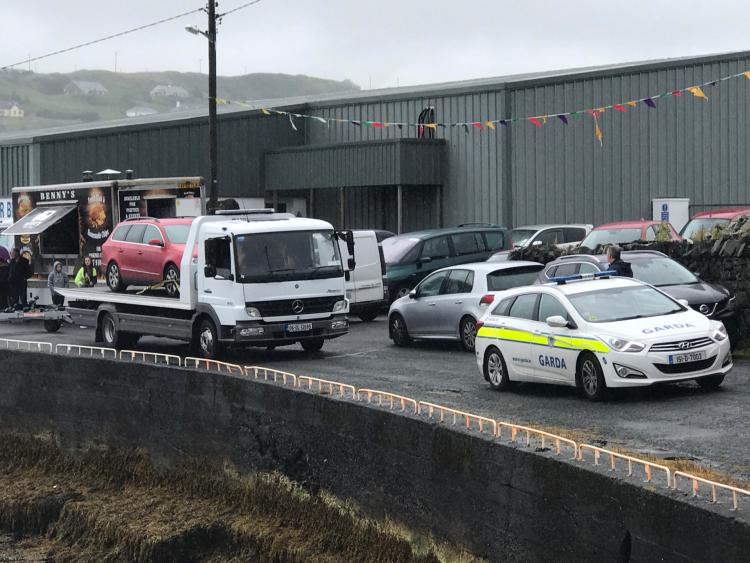 The car which it is understood the two men arrived at Teelin Pier in before their fishing expedition turned to tragedy is taken away from the pier.

It's being reported this morning that one of two men killed in a boating tragedy in Donegal at the weekend had been residing in the midlands.

The bodies of two Lithuanian nationals were recovered yesterday following a search off the coast of Glencolmcille in the west of Co. Donegal.

The Irish Independent this morning reported that one of the men, who has yet to be named, was from the Longford area.

His 56-year-old companion reportedly lived in the Oldcastle area of Co Meath.

It's reported the two men got into difficulty after they set sail from Teelin Pier in a rigid-hulled inflatable boat on Saturday.

The alarm was raised by locals after the two men did not return to the pier with one of the men's bodies being recovered from Malinbeg around 10.30am on Sunday.

The second man's body was reportedly recovered later that day by the crew of Bundoran lifeboat.

It has also been reported that the men were rescued from the same area just four weeks ago.