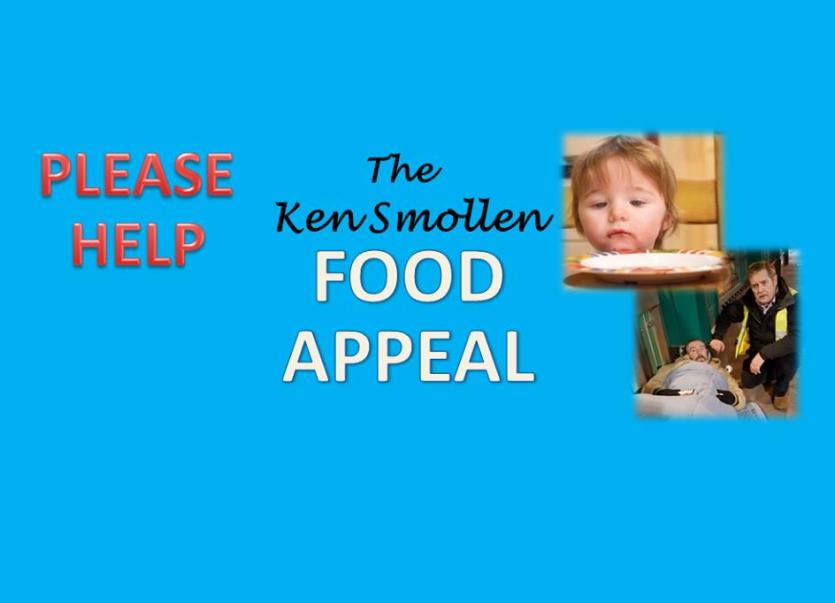 Following on from two successful Food Appeals in the Bridge Shopping Centre in Tullamore in December and February, the Ken Smollen People in Need Food Appeal are holding similar collections at the same venue later this month.

They will take place on Thursday, Friday and Saturday, the 13th, 14th and 15th of July. Volunteers will be outside the entrance to Dunnes Stores and all donations of non-perishable food would be very much appreciated.

Ken Smollen has told the Offaly Express that this food appeal has been in operation now for over six months, having been set up in December last year, and has already helped hundreds of people, including families.

"In our naivety we thought that the Food Poverty crisis in Offaly was as a result of extra spending around the Christmas period. What began with less than a handful of families needing help with food has now grown to the frightening figure of 187 families, 170 of them in Offaly and with 88 of those families living in the Tullamore area," Ken explained.

"New families are contacting me almost every day with approximately 27 people making that call every month. I have no doubt that as more people become aware that it is a completely confidential service we provide, more and more people will begin to admit that they need help," he added.

Ken explained that it’s natural for people to have "feelings of shame and embarrassment" about their personal and private situation. "Many people wrongly feel that it’s their own fault. However they need have no worries about anyone else knowing about their situation as I am the only person who will ever know who they are," he stated.

Ken has a team of people working with him collecting donated non-perishable food, storing and packing the bags which he then personally delivers. None of this would be possible without the generosity of so many people and businesses in Offaly and surrounding counties.

For anyone who needs help providing food for themselves and their families Ken can be contacted on 0851432898, preferably by text as he is not always in a position to answer the phone. He can also be contacted by Facebook.