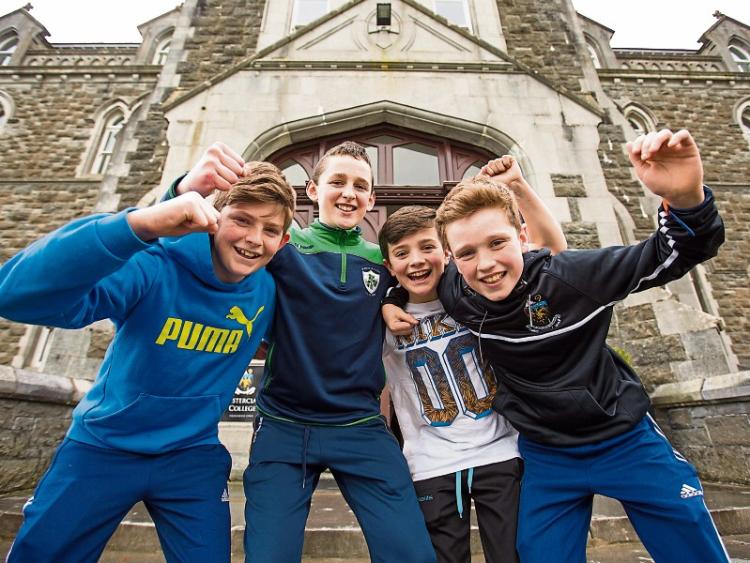 Cistercian College on the Offaly/Tipperary border has unveiled details of a unique scholarship programme funded by past pupils of the school.

In February, the school was threatened with closure but after a sustained campaign and donations from parents and past pupils, the announcement was made recently that the Roscrea school was to keep its doors open.

The latest good news to come out of the school is the fact that the school is now offering a number of significant scholarships to candidates starting in September 2017, thanks to hugely generous contributions from past pupils.

The scholarships will be awarded for excellence in academics, music, hurling and rugby and are available to potential 7-Day, 5-Day and Day Boarders. The value of awards can be as much as 50% of the annual fees and so it is expected that there will be widespread interest with applications being accepted now.

The contributions by past pupils are seen as a hugely significant expression of belief in the school’s ability to continue providing the highest standards in schooling. "The confidence in the school’s future demonstrated by these ‘Pastmen’ and their investment in the scholarships has also been matched by other Past Pupils and parents who have committed over €1.8 million to ensure against any short term shortfall in funds and also to invest in the school’s facilities," a spokesperson said.

Chairperson of the Admissions Sub Committee Inez Heenan, whose son Manus is a third year student in CCR, says that her son’s love of the school is what drove her to become involved. “Manus has fallen in love with CCR. He plays for the school’s Junior Cup rugby team, is a member of the orchestra and he has also been a part of the school’s musical production every year. But above all it is the other boys, the sense of community and the commitment of all the school staff that has made this such a wonderful experience for him," she said.

Cistercian College are inviting expressions of interest in these scholarships by contacting Séamus Hennessy on 086-8666387 or admissions@ccr.ie.