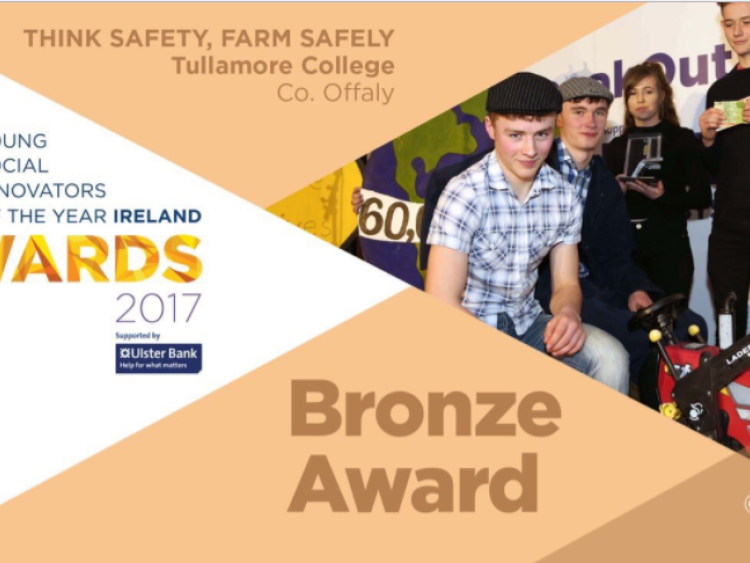 The group of nine TY students from the Offaly school had earlier won its category at regional level, earning their place to compete against the best 11 Young Social Innovators groups from across the country. 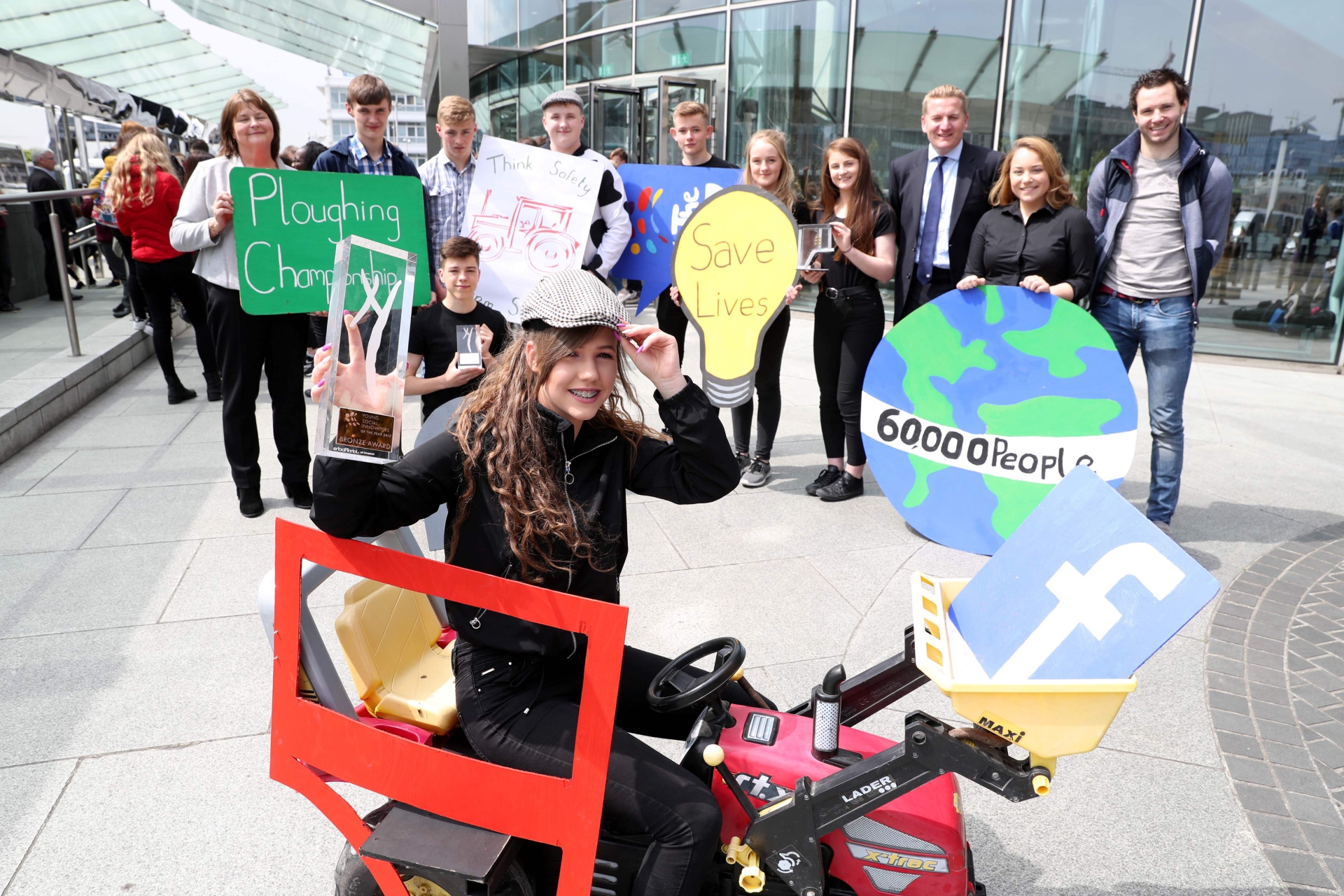 Pictured: The team from Tullamore College with their award on Thursday, May 11.

In undertaking their project, the group wanted to promote farm safety and present people with the harsh statistics and realities because farm safety is becoming a huge national issue.

Farming is now recognised as the most dangerous profession in Ireland with 21 people losing their lives to farming accidents in 2016.

The group has taken huge steps in tackling this issue by creating a potentially lifesaving device called the Passenger Seat Sensor, which can be retrofitted to all farm machinery.

The device operates by alerting both the passenger and driver of the given vehicle when the door is open and the passenger seat is in the downward position. This device was created to prevent falls from tractors and to ensure the passenger door is correctly closed at all times.

A total of 7,353 students across 456 teams and 220 schools participated in this year’s Young Social Innovators so this was a massive achievement for the Tullamore College group to progress to the National Final and finish third to collect a prestigious bronze award.