OPINION: It's time to remove the communion from the school curriculum 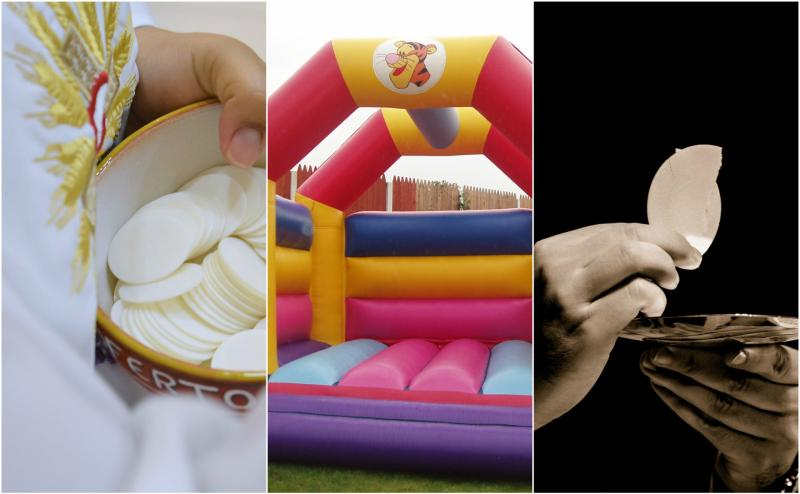 The Stephen Fry blasphemy story has reignited the church and state argument around the country this week, bringing our relationship with the Catholic Church firmly back into focus.

In the same week, the Bishop over Offaly as part of the Kildare and Leighlin diocese, Denis Nulty, spoke of a priest shortage, something that clearly shows the Irish psyche is leaning away from the church. The outrage over the decision to give the national maternity hospital to the Sisters of Charity shows how we, as Irish people, are distancing ourselves from our pious past.

Clerics have been pushing the recent 2016 Census results, which showed that almost 80% of Irish people (78.3%) are still identifying as Catholic. Those figures, however, represent a drop of more than 130,000 people since 2011, and completely ignore the number who blindly tick 'Catholic' having never really practiced.

The number of people identifying themselves as having no religion jumped from 269,800 in 2011 to 468,400 last year, a 73.6% jump. Now, 1 in 10 people in Ireland identify as having no religion. A whole generation of Irish people fall into the 'Catholic on paper' segment of society - a cohort completely shadowed by these figures.

So, what is significant about all of this?

Firstly, the numbers are wholly unrepresentative of the actual number of practicing Catholics in Ireland. Walk into any church on Sunday morning, and not only will you notice the shortage of priests flagged by Bishop Nulty, but also the shortage of parishioners, particularly young parishioners.

If people were really honest, the numbers quoted above would be far less favourably toward the church. Ask yourself, among your group of peers or colleagues, not counting weddings, funerals, communions, christenings or confirmations, how many times in the last year have you stood in your local church? Oh, and Christmas day doesn't count either - a day people use to round up and dress the kids to the nines for the annual 'holy' visit.

Communion season is now well and truly upon us and it was intriguing to hear comedian Tommy Tiernan talk about the sacrament on a recent episode of RTE's Cutting Edge programme with Brendan O'Connor. Maria Steen of the Iona Institute reckoned children were aware of the significance of 'receiving the body of Christ' during their communion.

Tiernan fired back and questioned what children actually take from a statement or message like that - a concept so ambiguous and monumental. What does that mean really, and what especially does it mean in the mind of an eight-year-old who is more interested in having a smartphone handed to them than the body of Christ?

Communion season brings out the worst of us; the 'bouncy castle Catholics' who are more concerned with the day out afterwards than the meaning behind the morning in the church. The dress, the shoes, the suit, the money, the party, the drink, the bouncy castles, and again - the money.

There are clearly families who want to raise their children as Catholics, as is there entitlement, and these people buy into the sacrament, spending time explaining it and so on. However, the majority of people, described earlier, are simply availing of an excuse for a family party – a card collecting party at that.

Let's get real about this - the number of those bouncy castle Catholics is larger than you might think, and that begs the question - why are school's facilitating the teaching of communion in the build-up to the big day?

How many of these children would in fact make their communion if it was left to their parents alone to take them through the process? If a series of evening classes teaching the messages of the Catholic church on communion were held away from the school curriculum, how many would go through with it?

The numbers would certainly decrease dramatically. The system at present makes it convenient for us to be 'a la carte' Catholics. It's like free wine at a wedding – if it's going, I'll have it. If it was suddenly removed and not so simple to avail of, and actually required effort, the numbers of those making their Communion would dwindle. That's what the Catholic church are afraid of and that's why they are clinging onto the patronage of over 95% of schools around the country.

Some children making their Communion in the coming weeks won't see the inside of a church again until their confirmation. That's the reality of it. At that time, the church will step in along with the school once more to bring them through that sacrament. They'll stand at the alter, go through the motions, and return to the church maybe ten times in their lifetime after it's all said and done.

As Dougal once said in Father Ted, “Sorry Ted, I was concentrating too hard on looking holy.” Although meant as satire, the nuanced accuracy of this comment in describing many people who will lead their children to communion this month perfectly captures the hollow nature of many people's relationship with the church.

Removing any mention of the communion from schools would put people's 'faith' to the test. It would also alleviate the tangled relationship between church and state that has led this country into so many scandals and of wrangles with identity.

The solution is fairly simple - if you want to be a Catholic and have your children make their communion, do it on your own time.