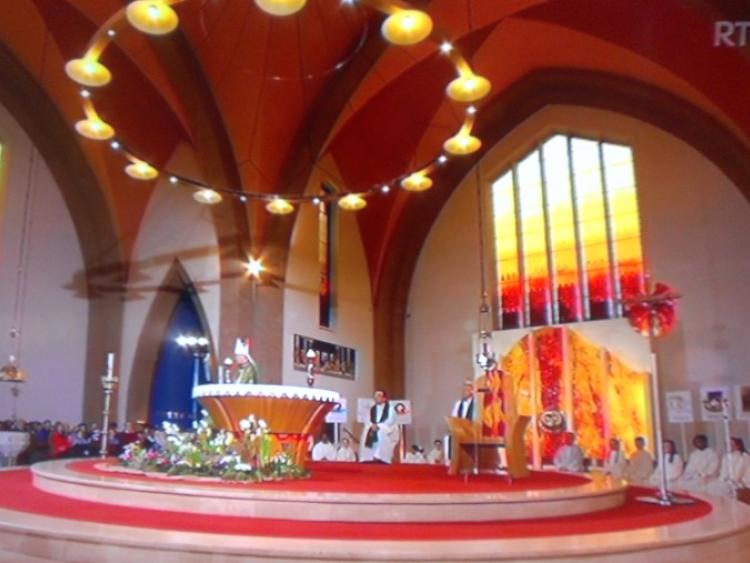 Next weekend, Vocations Sunday will be marked in Ireland this year with the launch of a new vocations prayer initiative in Offaly and around the country.

2017 marks the 100th anniversary of the apparitions of Our Lady of Fatima. To coincide with this event the Bishops’ Council for Vocations in collaboration with Saint Joseph’s Young Priests Society, the Knights of Saint Columbanus and Vocations Ireland are asking that on the opening day of the centenary celebrations on May 13, a time of prayer will be held for an increase in vocations to the priesthood and religious life in Ireland.

Pope Francis will be in Fatima for the Feast of Our Lady of Fatima on May 13 where he will canonise two of the visionaries of the Marian apparitions there - the young shepherds Jacinta and Francisco Marto. Here in Ireland on the same day people are invited to pray the Angelus or a decade of the Rosary for vocations to the priesthood and religious life at 12noon. It is also encouraged that on the 13th of each month, from May - October 2017, that a decade of the rosary be prayed for vocations in Ireland.

Commenting on the prayer initiative Father Willie Purcell, National Coordinator for Diocesan Vocations said, “This is an invitation to prayer we are extending to parishes, schools and families. Pope Francis said that vocations are born in prayer, and only in prayer can they persevere and bear fruit."

Welcoming the new prayer initiative, Margaret Cartwright, Director of Vocations Ireland, said, “Vocations Ireland are delighted to be part of the joint prayer initiative because praying for vocations is the most important aspect of vocation promotion and working together to create a culture of vocation is so important in our world today. Pope Francis has called for a fresh and courageous perspective when helping youth discern and discover their vocation, prayer is key to that discernment process.”

Kieran Hickey, the Dublin Diocesan President of Saint Joseph’s Young Priests Society, said that they are fully supportive of this prayer initiative, as prayer is the source of priestly vocation.

Commenting on this new prayer initiative Barney Mac Mahon, Supreme Knight with the Knights of Saint Columbanus said, “We can’t understand our calling and our vocation until we listen to the Lord, until we look upon the Lord and until we realise who it is we’re really serving.”

The prayer initiative will be launched this Sunday to coincide with the broadcast of the annual Vocations Sunday Mass on RTÉ One Television. Father Purcell said that the prayer initiative ties in with the sentiments expressed by Pope Francis in his message for Vocations Sunday in which he says, “I ask parish communities, associations and the many prayer groups present in the Church, not to yield to discouragement but to continue praying that the Lord will send workers to his harvest.”

Those taking part in the prayer initiative are invited to use the social media hashtag #Pray4Vocations.