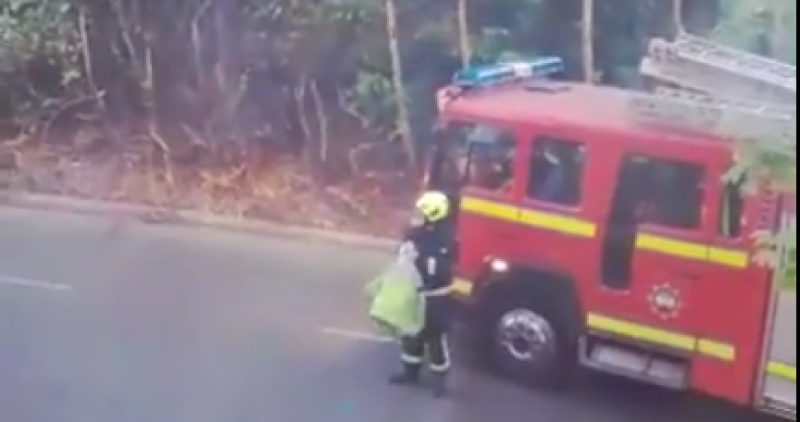 A woman living at the Downshire apartments opposite Dunnes Stores in Edenderry recorded this video as a fire raged in the car park behind her residence on Tuesday evening, May 2.

"I have children in the apartment and we were a bit scared because the fire was so close. Being right next to the other cars in the car park, it was really dangerous," the Downshire resident told the Offaly Express.

Fire Services in Edenderry were called to deal with a car fire at the apartment complex in Edenderry at around 8.30pm last night following reports of explosions and plumes of thick black smoke.

A number of explosions could be heard in the town as the car blazed and crowds gathered before Fire Services arrived on scene around 8.45pm.

The video shows the fire crew from Edenderry battling the blaze, eventually managing to bring it under control and securing the area.

Most of the Downshire apartments are vacant but a number are occupied, including a number of those facing onto the car park. There were no reported injuries, and it is not yet known if the fire was started maliciously.