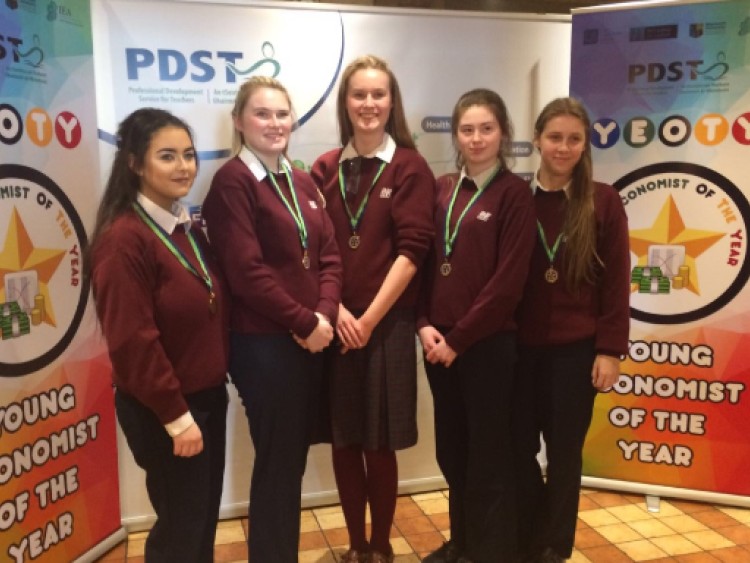 Sacred Heart Tullamore has congratulated its 5th year economics team which won a gold medal at the Young Economist of the Year Awards recently.

With over 500 entries this year, the Young Economist of the Year has become a hugely sought after title among Business and Economics students throughout the country.

The girls were the only 5th year team to win gold and were in the final four in the senior category.

Each team had to submit a project and set up a presentation stand where both judges and students examined their material and questioned the team on their findings.

The Sacred Heart School's project consisted of an analysis of the success and failure of the introduction of a sugar tax on foods in Mexico and Denmark and their recommendations on the merits of introducing such a tax to Ireland. 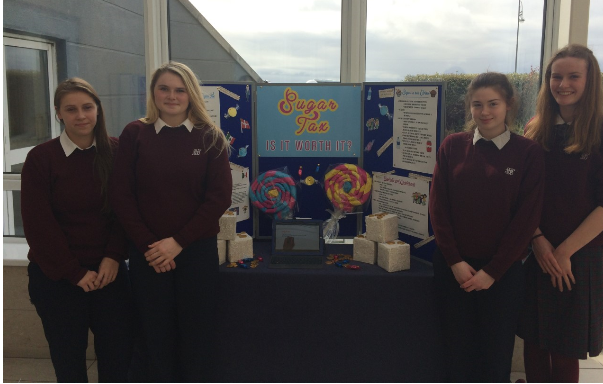 The team believe that in order for a tax on sugar to be successful the price of healthier alternatives must be reduced.