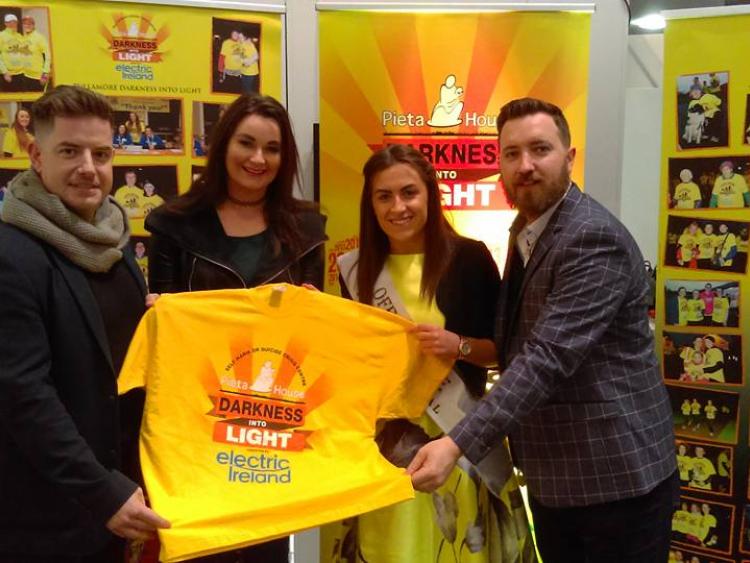 Offaly country music singers Olivia Douglas and Colin Kenny will be doing the midlands proud when they both perform at this year's Hot Country TV Awards Concert in Cavan next month. The show is one of the biggest night's on the country music calendar and over one thousand fans are expected to travel to Ballyconnell from all corners of Ireland to enjoy this year's spectacle.

Olivia, from Ferbane, will be performing during the actual concert itself, and is widely tipped to collect her second major industry award, having been presented with the prize for Best Breakthrough Artist at the prestigious Sunday World Music & Entertainment Awards earlier this year. With her latest single, a classy version of Bob Dylan's 'Don't Think Twice,' the first track taken from her forthcoming second album, just released, Olivia is simply looking forward to being part of the night.

"I missed last year's concert because I was sick at the time, and I was terribly disappointed because I was due to perform that night as well. But it wasn't to be, unfortunately. Thankfully Hugh didn't forget about me and was kind enough to invite me back again this year," she said.

"So this time I'm just excited about being part of such an amazing line-up, and I'm planning to enjoy myself no matter what happens. The main thing is it's another great chance to meet more fans, and catch up with friends in the business as well. Whatever happens after that will be a bonus."

Meanwhile, Banagher man Colin Kenny, is one of only two artists given the honour of getting the night's entertainment underway. From sitting in the audience at last year's show to being on stage this time round, the Borrisokane barber has certainly come a long way in a short time.

SEE ALSO: Offaly singer hits the top of the charts with debut single

"I'm very grateful to Hugh O'Brien for the chance to be a part of the show, it's a huge honour for me. A year ago I was sitting in the audience, watching the likes of Mike Denver and Nathan Carter and so many other great artists provide a full house with an amazing night of country music. A year on, and I'll be up on that same stage, and hopefully, I'll be helping people to enjoy another super night. And to think that since last year I've also had the pleasure of actually opening for Mike himself a couple of times, and had my first number 1, too, it's a little bit like a dream come true," Colin commented.