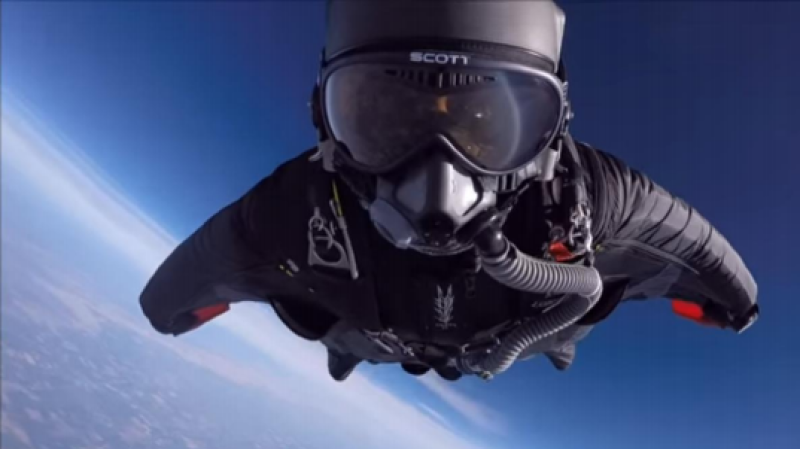 The Irish Wingsuit Team, who have been training at the Irish Parachute Club facilities in Clonbullogue, Co. Offaly, will make multiple World Record attempts this weekend with some death-defying aerial acrobatics.

Brothers Stephen and David Duffy from Donadea, Co. Kildare, along with Marc Daly from Armagh, will shatter world records if they successfully dive at 35,000 feet above California.

The trio will cover a distance of 26km at almost 300kph in temperatures that could hit as low as 50 degrees below freezing. Their lives will be supported by oxygen equipment, a neccessity in such jumps as normal jumps are completed from the more manageable height of 10,000 feet.

To those not familiar with a wingsuit, it is a suit worn by skydivers to turn their bodies into a wing of sorts. These three daredevils will fly their wingsuits in conditions usually only experienced by commercial jets.

If successful this event will affirm Ireland's place in sports aviation history. This jump is made possible by a number of supporters including the team's primary corporate partner, Aer Lingus.

This event will take place in the skies above Davis, California, just outside Sacramento, and the Discovery Channel will also be following the three men throughout their high altitude project, covering all aspects of the World Record attempt, including the lead up, preparation and the jump itself.

This will be unlike an ordinary skydive as the team will exit the aircraft into an environment that cannot support life. The life expectancy for a person at these altitudes is 30 to 40 seconds without the use of a suitable life support system, a system which is built into Stephen, David and Marc's wingsuits.

Without the proper protective equipment, blindness and hyperthermia are a huge risk factor. For this reason each team member will be fitted with a military grade HALO (High Altitude Low Opening) aviation oxygen life support system and will carry the weight of this equipment for the entirety of the record setting skydives. At over 33,000 feet, the 900 horse power Texas Turbines Cessna 208B Super Caravan aircraft, carrying the Irish team, will have to fly at a staggering 500 Kph just so it doesn’t fall out of the sky. This means that the aircraft will be travelling at over 3.5 times the normal skydive exit speed.

“We’ve assembled an expert team around us. We’re no strangers to wingsuit performance – we’ve been doing this for six or seven years and have competed in a number of world championships and world cups with some success. Our oxygen engineer is in the industry for the last 30 years and he has done a lot of work for the US military so he’s very up-to-date with the technology we’ll be using," one of the jumpers Stephen Duffy told Midlands 103 recently.

The exit from the aircraft is the most dangerous part of the event. This is not only due to the Irishmen having to deal with the extreme temperatures and lack of breathable air but they have to remain stable on exit while not impacting with the tail of the aircraft as it speeds through the air.

Away from the event itself, the IWT also engages in many activities for corporate and charity organisations. The team provides opportunities for marketing activation support, charity events, executive entertainment, team building excursions, adverts and much more. The team provides this in the form of seminars, demonstration jumps, tandem jumps and tandem events, to name but a few.

You can contact the Irish Wingsuit Team at Irishwingsuitteam@gmail.com.

You can listen to Stephen Duffy's full interview on Midlands 103 by clicking here.