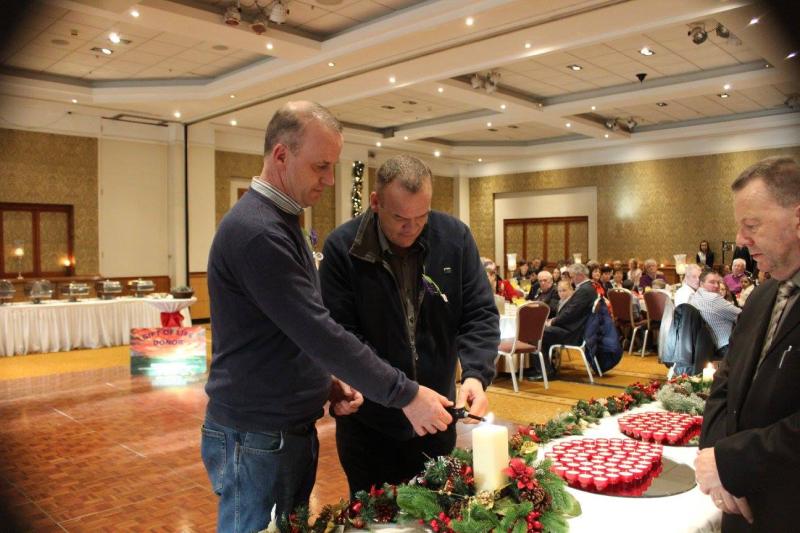 Organ Donor Awareness Week takes place from April 1-8 and this is the story of a man who selflessly donated his own kidney to save the life of his Offaly brother.

Last summer, exactly eight years to the day after Fintan Clooney, who lives in Birr, Co. Offaly, received the news that his kidney function was failing and he would need a transplant, his brother, and father of one, Joe, underwent surgery to gift one of his own kidneys to save his life.

Their story is truly incredible and begins with Joe secretly undergoing tests to determine if he was a match for Fintan. Joe Clooney, who lives in Moate, Co. Westmeath, volunteered for the rigorous testing but did not disclose this to anyone, including his ailing brother, Fintan, until it was confirmed by Beaumont Hospital that he would be a suitable match.

Eight years ago, Fintan Clooney, a 46-year-old bachelor from Birr, made an appointment to see his doctor when his legs became very swollen. His doctor, Donal O’Brien, suspected that he had kidney disease and this hunch proved to be correct when he was referred to Renal Consultant, Dr. Eoin Bergin who made the formal diagnosis following a series of tests.

Although Fintan’s kidney function was declining, with careful management of his condition under Dr. Bergin’s guidance, he staved off dialysis treatment for four years until he eventually progressed to complete kidney failure. He then commenced haemodialysis treatment at the Midlands Regional Hospital in Tullamore. For almost four more years, Fintan attended his haemodialysis treatment three times a week while all the time his energy and concentration levels were depleted and he was confined to a strict diet with limited fluid intake. His employer, a medical devices company in Tullamore, allowed him to reduce his working hours to undertake his treatment.

Joe and Fintan went under their respective operations, which carry substantial risk, at Beaumont Hospital last July, and since then they have both enjoyed continuous good health. Joe was discharged from hospital just four days after his kidney donation operation and Fintan followed a week later. While the men were in hospital, Joe‘s wife, Julie, and their son, stayed at the Irish Kidney Association’s Renal Support Centre which is located on the grounds of Beaumont Hospital.

Both men are eager to share this story to create awareness about the importance of organ donation and to encourage people to discuss the subject with family and let their loved ones know their wishes should they meet an untimely death. Joe said, "I decided to donate because I could see how sick Fintan looked. I feel no different physically now than I did before the transplant and I don't feel like there is anything missing."

Fintan says the transplant has made a huge difference to him, both from a physical and psychological perspective. He said, "I feel like a young man again thanks to my generous brother Joe. My transplant has given me a new lease of life, and I am so full of energy, have much more clarity of mind than before and am full of positivity. My diet and fluid intake is no longer restricted."

"I returned to work in October in a full-time position as I had to cut back on my hours before to manage my illness and attend dialysis sessions.  I would like to thank the wonderful nursing and medical staff at both the dialysis centre in Tullamore and Beaumont Hospital as well as all the dialysis patients I made friends with while attending my treatment. I feel very fortunate that my brother was a suitable donor for me but there are so many people out there who are on transplant waiting lists for not just kidney transplants but hearts, livers and lungs also. I would urge everyone to discuss organ donation and by doing this more lives will be saved," he added.

Fintan will speak about his health experience at the launch by the Offaly branch of the Irish Kidney Association of Organ Donor Awareness Week, which is being held at the Tullamore Court Hotel this evening, Thursday, March 30.