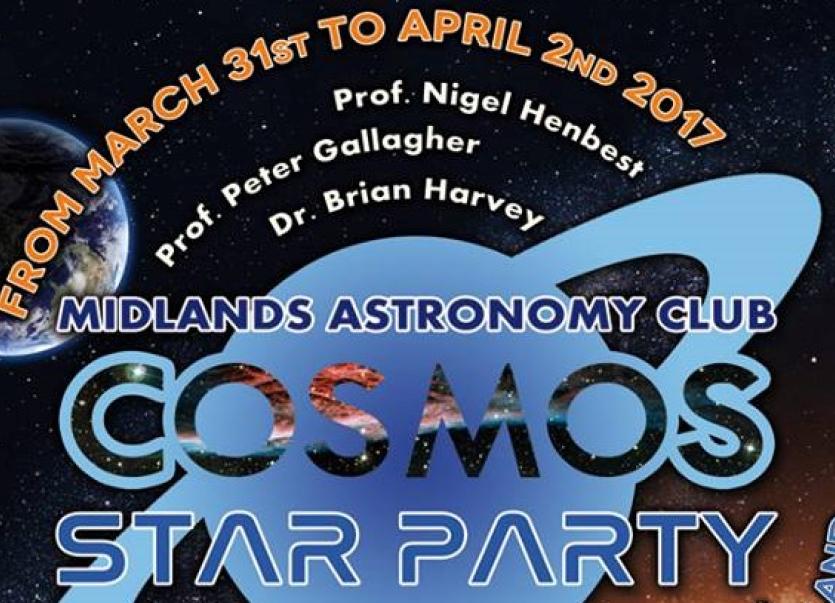 The Midlands Astronomy Club, which has numerous Offaly members, are excited to announce the return of COSMOS, Ireland's longest running star party since 1992. COSMOS is one of the highlights of the Irish astronomical event calendar every year, attracting international guest speakers and visitors alike.

This star party is one of the most exciting, educational and friendly in Western Europe. The event's programme will last from Friday evening, March 31, through to Sunday afternoon, April 2, and once again for its 4th year will be held in the Shamrock Lodge Hotel, Athlone.

"What began as a complimentary star party known as the Irish Astrofest, hosted by Midlands Astronomy Club since 1992, has turned into a thrilling weekend full of internationally-recognised speakers, exhibits and stands, astronomy, rocket launches, interactive fun events and more," a statement from the organisers read.

Aimed at all levels of interest, ages and demographics, COSMOS brings together astronomers, scientists, rocket engineers, as well as amateurs, families and enthusiasts for a celebration of Irish Astronomy.

This is sure to be an informative and unique event in the Midlands. For more information, click here.