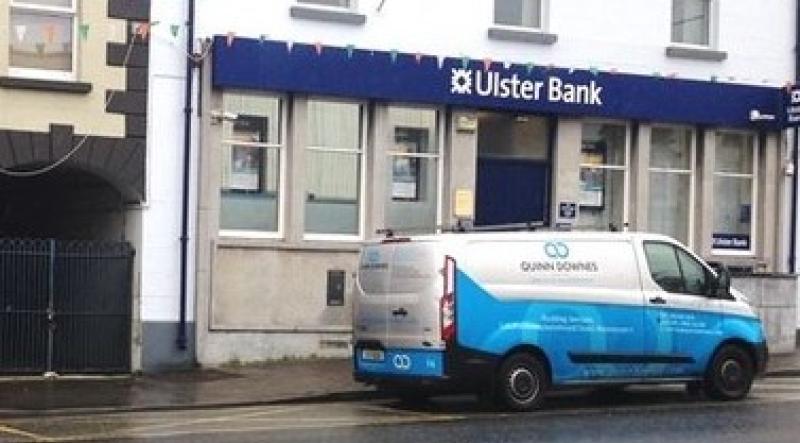 Edenderry based Offaly County Councillor Noel Cribbin has expressed his disappointment with the announcement that Ulster Bank in Edenderry is to close its doors on JKL Street.

SEE ALSO: Ulster bank branch in Edenderry to be closed down

"Firstly, as an account holder with the Ulster Bank, I am very disappointed with the news that the bank is to close its branch office in Edenderry, while also as Cathaoirleach of the Edenderry Municipal district, the news is another nail in the coffin for struggling rural towns like Edenderry."

"The Ulster Bank have been a strong presence in Edenderry for decades," Noel Cribbin said, adding that "it indeed played a very significant part in the good times when it had its full complement of staff, issuing mortgages for the many thousands of houses built in the area, sponsoring many causes and clubs in this area and to the many staff that it employed in Edenderry over the years, many of whom were involved in many clubs in the town."

"It did a lot for those that settled in Edenderry and reared their families here."

Cllr Cribbin went on to say that this is not just bad news for Edenderry but for the "entire hinterland of North Offaly and into Kildare, Meath and Westmeath, where many people and businesses held their accounts with the Ulster Bank in Edenderry."

"These people are to be lost to Edenderry in the future and will no longer carry out their business in the banks and other businesses in Edenderry. It's fairly obvious to me that the likes of the Ulster Bank are only in it for pure profit and if there branches don't reach a certain target then its closed regardless of the repercussions to the towns and local businesses affected," Cribbin remarked strongly.

I want to make this request so that loyal customers over a large area continue to have a branch and staff to deal with their queries and business on a daily basis, as has been the norm for the last 80 years or more in Edenderry," Cllr Cribbin concluded.