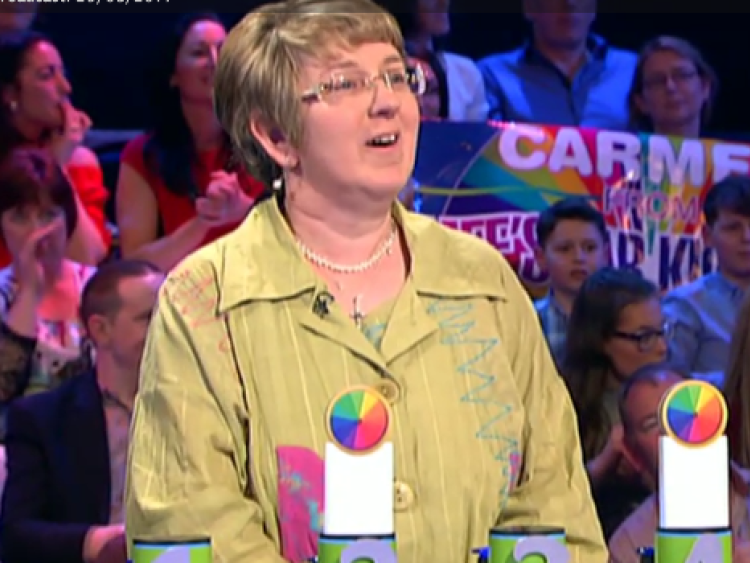 Mary was joined in studio by her husband of 27 years, David, her son Conor, and daughter Ainé as she took to the stage with presenters Marty Whelan and Sinead Kennedy.

Mary said she was "half watching" the show the week before when her named was called out and only realised she would be appearing on the RTÉ show when her phone started beeping with people congratulating her.

She said her aim was to win enough to go on a family holiday and thanked all the well-wishers who had been in touch.

Mary then revealed three wheels in her first three chances during the final game to ensure she would spin the wheel.