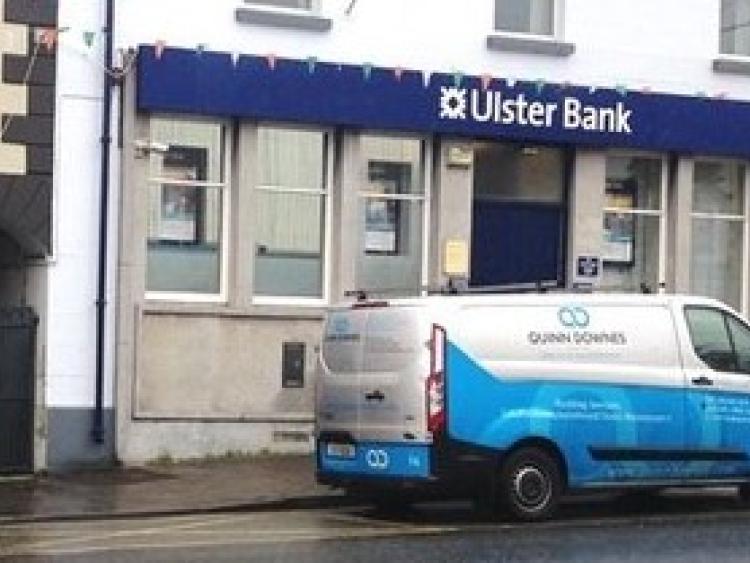 Edenderry's Ulster Bank in Offaly is among 22 of the bank's branches set to be closed in plans released by the lender's Irish operation today. The closures will result in around 220 redundancies nationwide, and the Edenderry closure will add the Ulster Bank premises there to the long list of empty units on the main street.

The other affected branches include five in Dublin (Dalkey, Donnybrook, Dorset St, Rathmines, and Sandyford); four in Cork (Ballincollig, Blackpool, Carrigaline, and Fermoy); two in Donegal (Ardara and Raphoe); two in Cavan (Arva and Cootehill); two in Limerick (Castletroy and Newscastlewest); and two in Galway (Briarhill and Newcastle).

The other closures are Ballyhaunis in Mayo, Ballymote in Sligo, Carrickmacross in Monaghan, and Edgeworthstown in Longford.

Ulster Bank said an average of 30 customers per day used each of the affected branches in the past week.

The closures are set to take place in June and September and, when complete, will leave Ulster Bank with 88 branches in the Republic of Ireland.

The bank said it hopes as many of the redundancies as possible will be voluntary. The lender said the announcement follows a customer move away from traditional in-branch banking towards digital and online channels.

"Closing a branch is a difficult decision which we do not take lightly, and our branch network remains an important part of how we serve our customers. However, the role of the branch continues to move toward advice and away from day-to-day transactions, with only 10% of our customer interactions now happening in branch," Mallon added.

In order to assist affected customers, Ulster Bank has put in place the newly created roles of community bankers and two new mobile banks, in addition to the two already in place.