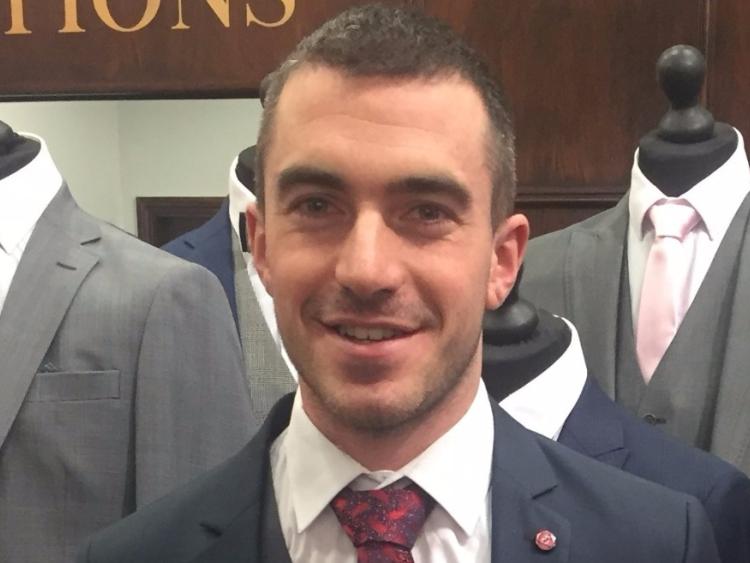 Fergal Leonard will represent Offaly at the 12th Annual Mr. Personality Festival which is being organised by Kilkenny Macra na Feirme. This will take place from the April 7-9 in the Springhill Court Hotel. The Festival is again sponsored by Kilkenny, Carlow and District Farm Relief Services.

The Organising Committee have described Tullamore man Fergal as "a 27-year-old Woodwork teacher, part-time chancer and farmer." His hobbies and interests include hurling, clay shooting, running, cycling and he recently started dancing, "bambi in the making," the committee joked.

Fergal believes he will make a good representative for Offaly because he is a good out going character, always up for the craic and laugh, is the first one to be there for the pints, really friendly, chatty, talkative and not shy. He says "if you have any interest in farming sure that is the first hour sorted" and "if there is road frontage sure that’s the night sorted."

The weekend itinerary is as follows – the contestants will arrive at the Springhill Court Hotel at 7pm with the on-stage interviews starting at 9pm. Former Macra President Matt O’Keeffe will be conducting the interviews. This will be followed by music from Hot Fuss and a D.J. till late.

Fergal will have an early start on Saturday morning as contestant challenges will take place at 9:30 am. Following the activity each contestant will be interviewed by the judges. Then on Saturday evening after a photocall with the Sponsors, the informal Banquet will take place at 7:45pm. This will be followed by music from Deuces Wild and D.J till late. The Mr. Personality 2017 will be announced at about 12 midnight.

Tickets for the banquet are sold out but tickets are still available for the Restaurant and can be booked by contacting Kerry in the Springhill Court Hotel on 056 7721122. This year, Macra members can avail of an exclusive offer whereby a weekend afters ticket can be purchased for €20. Full details are available on their website.