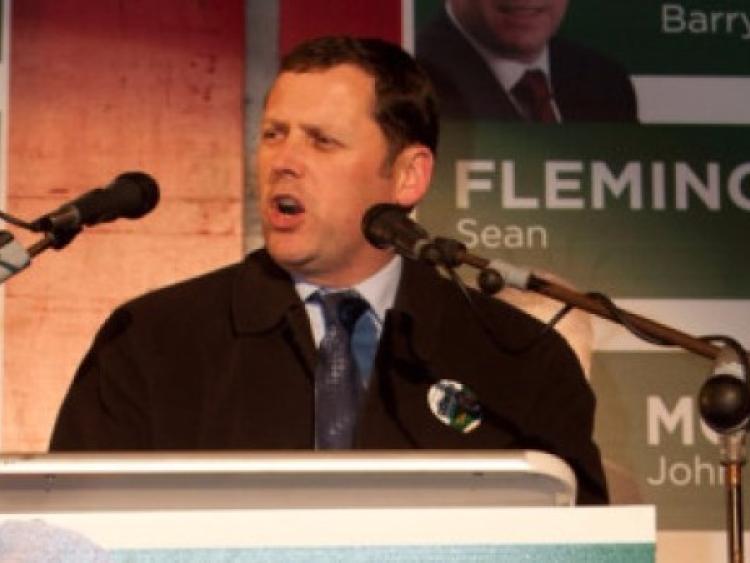 Fianna Fáil TD for Offaly Barry Cowen has written to the Minister for Communications, Climate Action and Environment Denis Naughton to seek clarity on the future of Derrinlough briquette factory in Co. Offaly. Deputy Cowen and Cllr Eamon Dooley have recently met with a number of employees who have outlined their concerns over the future of the factory.

"The sale of briquettes has fallen considerably over the last year as a result of a number of issues, including a mild winter and falling oil prices. However the single biggest reason for the decline in sales is the higher cost of briquettes as a result of the carbon tax which was introduced by the previous Fine Gael/Labour Government. The current Government has doubled this tax which has led to a further increase in the cost of briquettes," Cowen claimed.

“Derrinlough factory coupled with the briquette factory in Littleton are capable of producing 240,000 tons each year. However sales are currently running below this figure which has put a question mark over the long term viability of briquette production in the midlands. It has been pointed out that without subvention or a carbon-tax derogation for Bord na Móna then the future of peat production in the midlands is bleak," He continued.

“Peat supplied to Derrinlough has a relatively low ash content and therefore it produces a high grade product. The low ash content also means that maintenance costs at the plant are kept low which results in the cost per ton of briquettes being kept at a minimum."

“Bord na Móna has been a significant employer in Offaly down through the years and remains an important part of the local economy. It’s clear that diversity is needed in the years ahead to secure the future of the company but this will take time to achieve. The company needs to be given breathing space so that it can make the investment it needs to continue operating in the years ahead," the Offaly TD concluded.