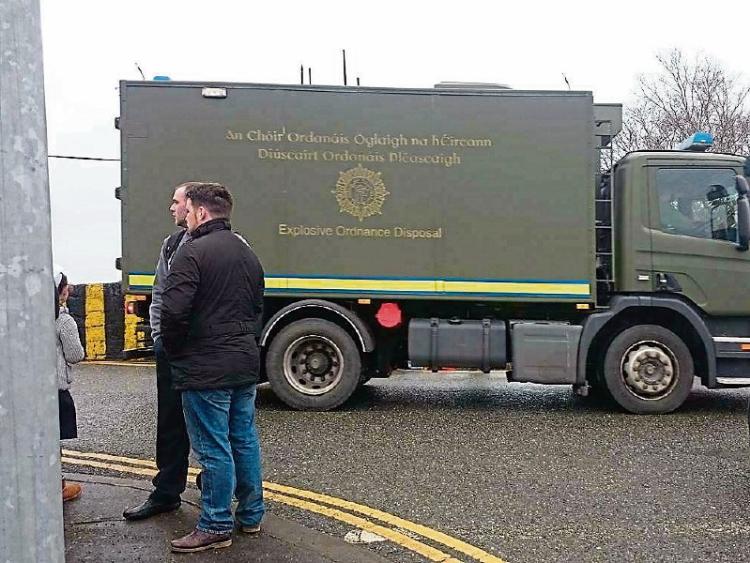 The suspicious device discovered in Tullamore on Friday has been declared a viable bomb this afternoon, Saturday, March 11.

The Army Bomb Disposal Team was called to the entrance of the Sragh Business and Technology Park and a number of houses and a local creche were evacuated close to the industrial estate on Friday afternoon.

The Gardaí initially responded to the scene and the Army team arrived soon afterwards to carry out an assessment, and today, an army spokesperson has said the device was designed to cause harm, Newstalk is reporting.

SEE ALSO: A suspicious device has been found in Tullamore

The device was made safe and the area declared safe at 5.20pm on Friday, and now all evidence will be handed over the Gardaí for further investigations.