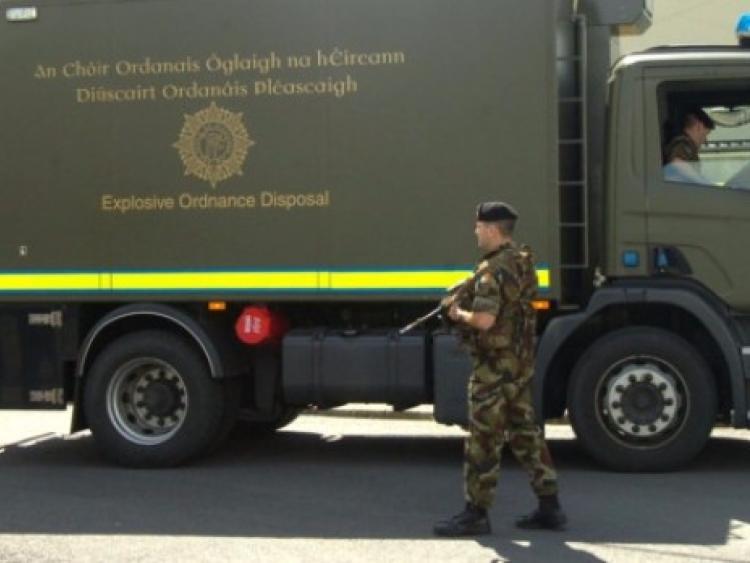 The Army's Bomb Disposal Unit have made safe a suspicious device that was found near a creche in Tullamore earlier this afternoon.

Gardai had earlier responded and closed off an areas near the Sragh Business and Technology Park on the Clara Road in the town, and a short time later the Army were called to deal with the device near the entrance to the park.

Gardai have said it appears as though it was ‘viable device,' and they will now endeavour to carry out a forensic examination.

The area had been sealed off and a creche was evacuated as a precaution, but roads in the area reopened around 5.30pm having being earlier closed when Gardaí diverted traffic away from the scene.