For one night only - Tullamore Gospel Choir Final Reunion Concert 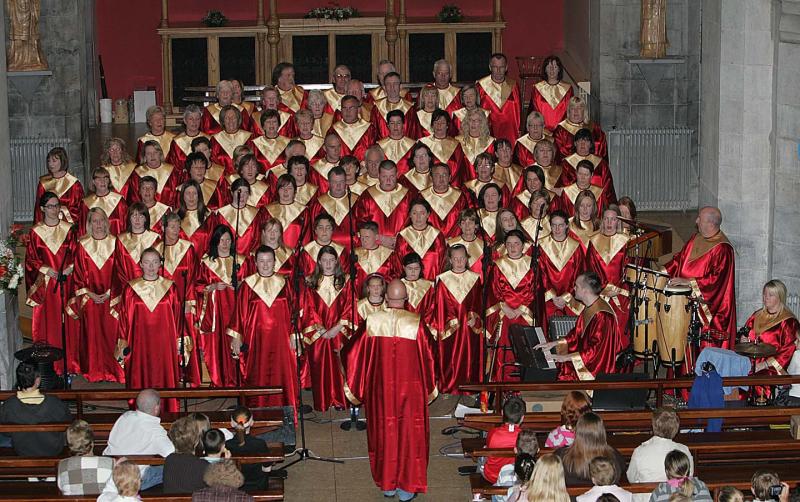 Tullamore Gospel Choir will perform one final time on Sunday, April 23 for a Final Reunion Concert.

What is sure to be an excellent performance by the multiple award winning choir will take place in the Tullamore Court Hotel at 8pm.

According to the choir's former Director Brendan Keeley, the concert is being staged to celebrate everything that the choir achieved in its 12 year lifespan.

It won the Sligo International Choral Festival two years running, perfomed at the GAA All Stars on TV, raised thousands for charities both home and abroad as well as performing sell out concerts, making albums and more.

YOU MAY ALSO LIKE: Offaly choirs clean up at Limerick Choral Festival

After costs, all proceeds from the concert will go to local charities.

Brendan Keeley commented,  "I am extending an open invitation to anyone who was a member at any time to come to The Charleville Centre Church Avenue, Tullamore on Tuesdays at 8pm for rehearsals."

This is sure to be a very popular concert so get your tickets now to avoid disappointment.