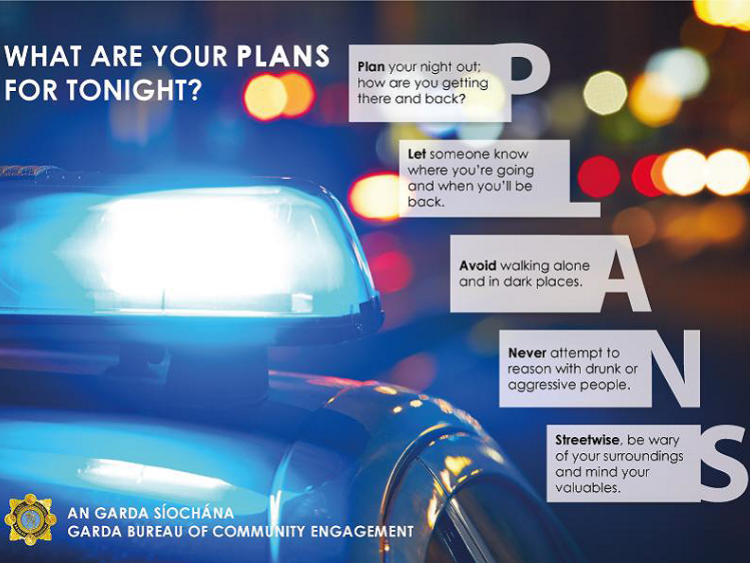 Two-thirds of all thefts and robberies involve mobile phones being stolen, according to new figures from An Garda Síochána.

They also show that two in five phone thefts take place on a road, street or footpath, while one in five occur in a licensed premise.

The statistics from the Garda Síochána Analysis Service (GSAS) have been released today as part of a major new personal safety campaign which runs throughout March. The ‘Streetwise’ campaign is targeting 18 to 39 year-olds with a message to mind their personal property and possessions, and to plan their nights out.

The public awareness campaign will include advertising on digital media, outdoor advertising and in-pub advertising. On social media, An Garda Síochána is advising people to #mindyourstuff.

There will also be increased patrolling at night in locations identified as having high levels of robberies from the person and assaults.

Sergeant Kelvin Courtney of the National Crime Prevention Unit said: "Last year €2.5million worth of mobile phones were stolen. In three out of four thefts where a mobile phone was stolen the victim was aged between 18 and 39. This campaign is a reminder to people to be streetwise when out in public as 40% of all thefts and robberies took place on a street, road or footpath with a further 20% taking place in a licensed premises or restaurant-type location.

"We want people to enjoy their nights out and the best way to do that is to have a plan.

"Think about how you are getting to and from a location. Let someone know where you are going and when you’ll be back. Avoid walking alone and in dark locations. Never engage with drunk or aggressive people, use your brain not your fist. Finally be streetwise, take care of your property, particularly mobile phones and purses or wallets. Mind yourselves, mind your stuff and have a plan.”