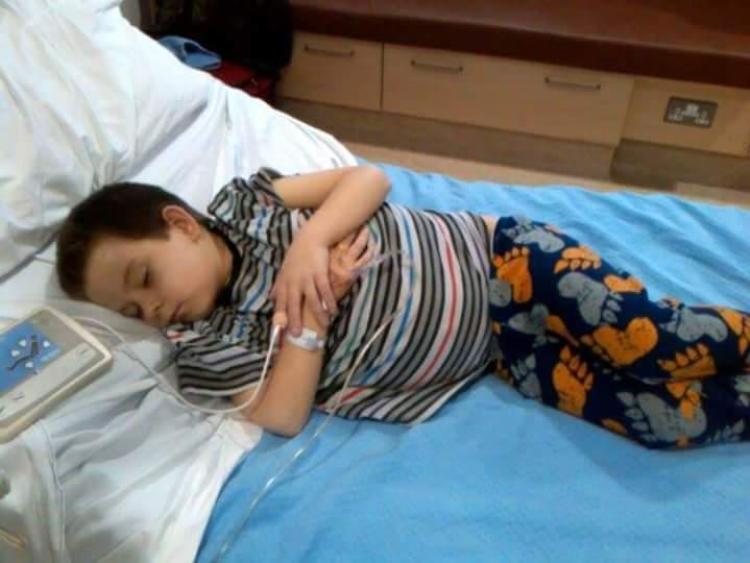 An Offaly mother has said she is prepared to risk her own life as she continues her battle to save her sick son. Helen Lynch’s eight-year-old boy Charlie, has been dealing with a liver condition since he was born and he now requires a transplant.

The Tullamore woman had been preparing to give part of her own liver to help her son, but she learned this week in a final assessment that her organ is not large enough to provide the support her son's body needs. She said she was told a transplant would put put their lives at greater risk.

Now Helen, who has another son Daniel, is facing a decision to either wait three more months for a donor liver to become ­available or to go ahead with the risky surgery now. “I’m still between two minds about what to do. Until Monday I was ­definitely having the surgery but now that I’ve been told that my liver will only be 20 per cent of what Charlie needs, I’m not so sure," she told Midlands 103 this week.

“My biggest fear is letting him wait it out. A child died last week waiting on a heart," she added. Helen now divides her time between ­London and Wales after moving to the UK before Christmas to secure Charlie’s place on a donor list. He has been waiting since November 2014 but because of distinct complications, namely the fact that he needs a very specific part of his liver replaced, and suffers from hypertension, it has proved difficult to find a suitable donor.

Helen said: “I’m just hoping and praying that Charlie lasts. As a parent, you’d do anything for your kids. I fought for eight and half years to get Charlie this far.” She has been speaking out in the hope that raising awareness about the need for organ donation can enable her to find a solution to her son's situation.

She is also relying on fundraising from supporters to help her stay in the UK with her boys. Go to gofundme.com/2t79uz8 if you wish to support her.